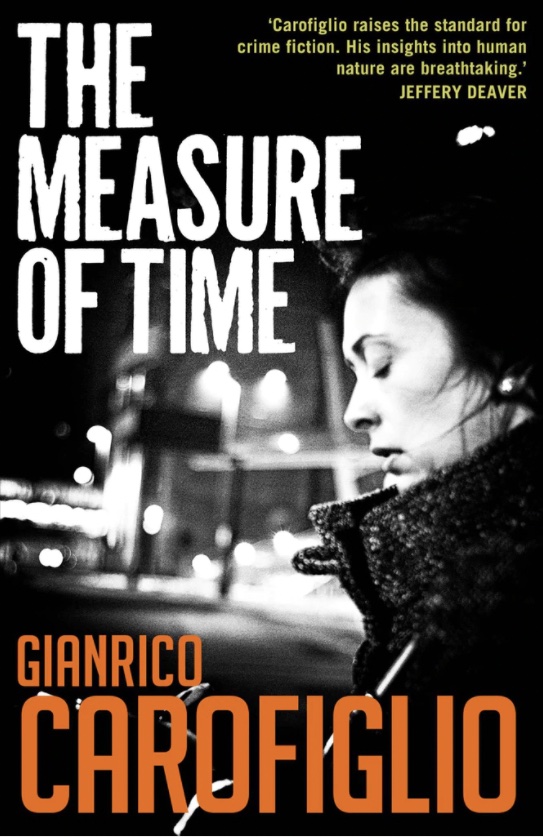 The Italian Riveter: From THE MEASURE OF TIME by Gianrico Carofiglio, translated by Howard Curtis

In my early years in the profession I liked going into prisons. Around the age of thirty, it gave me the feeling I was someone who was dealing with serious things. Someone on whose work serious things depended. Which, to an extent, was true. But what interested me was the vain, even narcissistic aspect of the matter, even though I wouldn’t admit it even to myself. So I spoke about going into prisons, having to go there, as if it were an unpleasant duty. But actually, going through those gates that opened and closed behind me gave me an unhealthy sense of gratification. I could access that mysterious, forbidden place whenever I wanted, meet the creatures who were kept there, and leave whenever I wanted.

With the passing of the years, the gratification gradually faded and turned into routine. That opening and closing and more opening and closing of gates, that creaking of hinges and noise of bolts, those measured steps of men and women in uniform became components of a larger rhythm, regular and repetitive, along with the mornings at the courthouse, filled with hearings and bureaucracy, and the afternoons in the office, filled with clients and case files.

Finally I went beyond the monotony of routine, and going into a prison became increasingly unbearable. Because of the prison population. I’m not making a theoretical observation, or being what they call a bleeding-heart liberal. I simply find it harder to bear the idea of people confined behind bars. It’s unavoidable, in many cases, but knowing that doesn’t help. The name of the sergeant who walked me to the lawyers’ room was Smaldino. He was a kind man, kind to the prisoners, too. He was from a village somewhere inland, and I knew that his hobby was breeding and training dogs. We hadn’t seen each other in a while.

‘How long have you and I known each other, Avvocato Guerrieri?’

‘Not long till your pension now.’

‘Two more years and I’ll be able to devote myself to my dogs full-time.’

We were walking side by side, the rhythm of our footsteps alternating, and looking ahead of us as we talked. That’s why I didn’t immediately see the grimace that had just passed across Smaldino’s face, but I sensed it from an imperceptible change of tone.

‘Do you remember D’Ippolito?’

‘The inspector with the moustache? Of course I remember him.’

‘He retired last year. And three weeks later he had a stroke. Luckily they didn’t manage to save him, he would have been a vegetable. Ever since it happened, I’ve been scared it could happen to me too. You wait so long for that time of life, you think you’ll be young enough to devote yourself to the things you like. Instead, you die.’

‘Damn, I’m sorry about poor D’Ippolito.’ I really was sorry. He was another of those prison officers I’d got on well with. Even the prisoners had spoken well of him. No abuse, no violence.

We got to the lawyers’ room.

‘I’ll send you your client now. I’m sorry if I told you a story that’s made you sad.’

‘One day I’d like to come and see your dogs,’ I said by way of goodbye.

His face lit up. ‘It would be an honour.’

THE MEASURE OF TIME

Gianrico Carofiglio is a novelist, essayist, former anti-Mafia prosecutor in the Italian city of Bari and well-known public figure. His debut novel, Involuntary Witness, was published in Italy in 2002, and in English in 2005 by Bitter Lemon Press, who have published all his novels.

Howard Curtis has translated over a hundred books from Italian, French and Spanish. Among his many Italian translations are works by Gianrico Carofiglio, Filippo Bologna, Marco Malvaldi and Gianfranco Calligarich. He edited an anthology of neglected 20th-century authors for the Italian Cultural Institute in London.