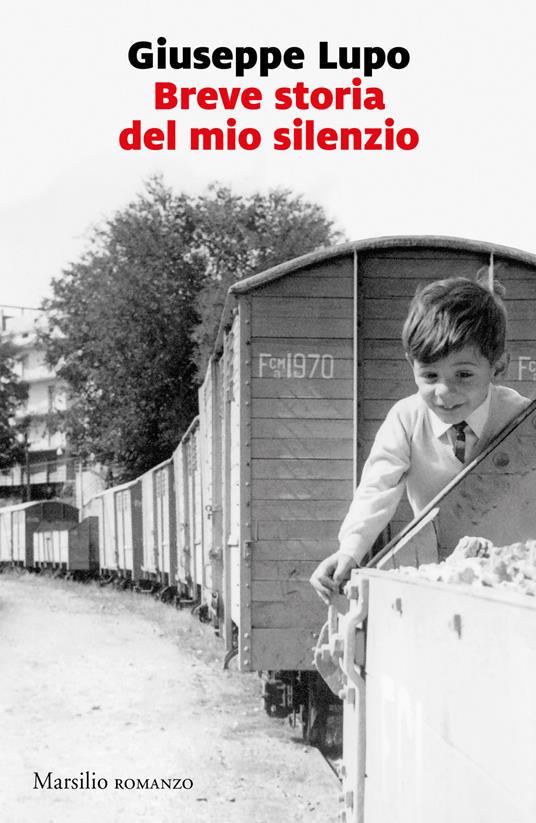 To find those millions of words, I had to cross the threshold of the broom cupboard that my father insisted on calling a ‘study’: a little room about a couple of metres square, suffocated by books piled up on the floor or on shelves so full that the walls resembled the dome of a church. In the evening I went to sleep by the light that came through the frosted-glass panel in the door that marked the boundary between me and him. My father worked at night. He spent his time at a desk built with his own hands in the workshop of his carpenter brother: a board and four feet, then a chest of drawers that didn’t work. On this little table there was room, more or less, for a small lamp, which lent a conspiratorial air to everything, but it was a sign that I wasn’t alone in the world, that someone was keeping watch over me as I slept on the couch, and as soon as I slipped under the covers I was aware of that same someone’s thoughts from the faint scratch of pen on paper: scritch, scritch, scritch …

So as not to disturb me, my father wrote by hand rather than typing, and his ideas had the sound of a woodworm burrowing into wood, they kept company with the light before emerging into the open, into the whirl of night. Every now and again, when he wasn’t around, I would approach his pages like a thief determined to steal the future of the man who brought him into the world: ‘Mountain communities should be set up and organised around the valleys, and the valleys should unite the mountain tops.’ That was what my father wrote. I didn’t think about it much at the time, but now I do: utopias are born in the mountains, because that’s where the sunset takes longest to die.

I looked around. I studied the covers of the books, the dates, the colours. I imagined the mountains I would see if I appeared at the window opposite the table, and I felt as if I was not in a room of nocturnal writings, but in a room of light, of ideas, the room where, with platforms and scaffolding, the man who had brought me into the world constructed history.

Shaun Whiteside is a literary translator from German, French, Italian and Dutch. His translations from Italian include Q, 54, Manituana and Altai by Luther Blissett/Wu Ming Foundation, The Solitude of Prime Numbers by Paolo Giordano and Venice is a Fish and Stabat Mater by Tiziano Scarpa.