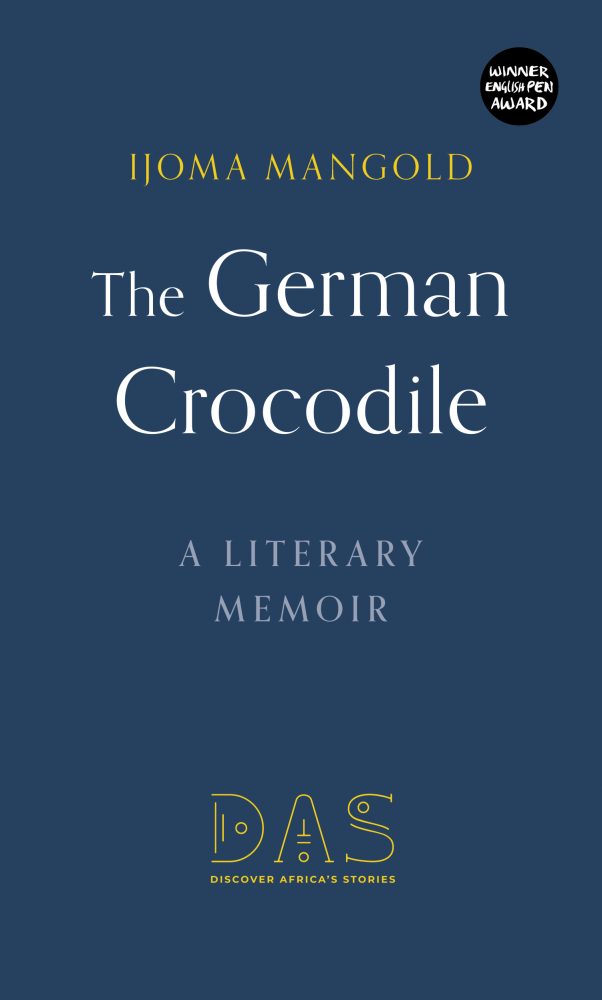 In The German Crocodile, Ijoma remembers his childhood, his teenage years and his early adulthood in this compelling coming-of-age memoir of growing up different in 1970s Heidelberg, in the USA as the German Wall fell, and as a young adult in the new Germany. His own story is inextricably linked with that of his mother, a German from the eastern province of Silesia, forced to escape as a refugee in the expulsions from 1944, and to start afresh in utter poverty in West Germany. His Nigerian father came to Germany to train in paediatric surgery but returned before Ijoma was old enough to remember him. His reappearance on the scene 22 years later forces a crash collision with an unknown culture, one he grew up suspicious of, and a new complex family history to come to terms with.

We are delighted to welcome Ijoma to Cambridge for a discussion of this book, which will appeal to anyone with an interest in German culture, history and politics, as well as broader, ongoing conversations about the intersections between race, class, identity and belonging.

The organisers are grateful for the generous support of the DAAD Cambridge Research Hub for German Studies & the Schröder Fund.

The German Crocodile is available to order now.

Excerpt of the English translation

Ijoma Mangold, born in Heidelberg in 1971, studied literature and philosophy in Munich and Bologna. After working for the newspapers Berliner Zeitung and Süddeutsche Zeitung, he moved to Germany’s weekly Die Zeit in 2009, where he was literary editor in chief from 2013 to 2018. He is now Die Zeit’s cultural-political correspondent and one of four literary critics on the SWR TV show Lesenswert. Ijoma is regularly on the jury of major prizes for contemporary German literature. A recipient of the Berlin Prize for Literary Criticism, he has also held visiting professorships at the University of Göttingen, Germany and at the University of Saint Louis, USA. Ijoma lives in Berlin.

Dr Tara Talwar Windsor is Schröder Research Associate for Equality and Diversity in German Studies & Affiliated Lecturer in the Faculty of Modern and Medieval Languages and Linguistics, as well as Postdoctoral Affiliate at Newnham College. Before taking up her post in Cambridge, she was Research Fellow in Modern Languages at the University of Birmingham and has also held positions as Research Associate in Modern History at the Bergische Universität Wuppertal and Institute for Advanced Study in the Humanities (Kulturwissenschaftliches Institut) Essen, as Lecturer in History at Liverpool John Moores University and as Assistant Professor in Twentieth-Century Continental European History at Trinity College Dublin. She specialises in German literary, cultural and intellectual politics from the early 20th century to the present.