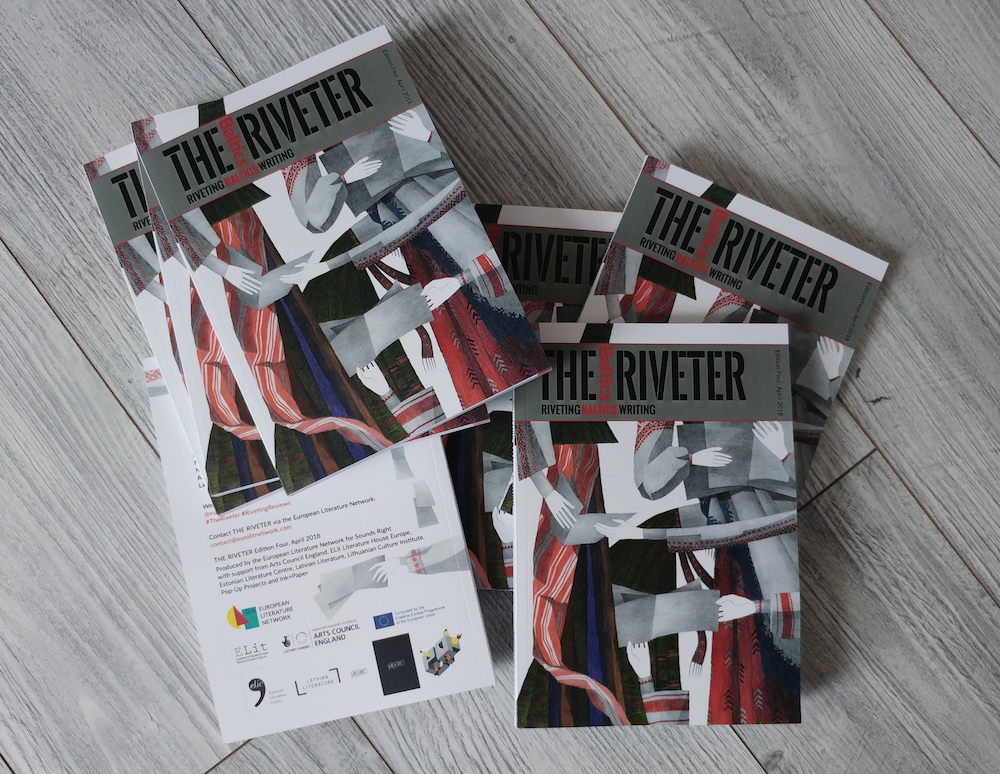 The Baltics Riveter: Livonian – a resurgent language and its literature by Christopher Moseley

This year’s London Book Fair features the literatures from three nation-states – Estonian, Latvia and Lithuania – but their national languages are not the only ones in the Baltic lands to have literatures of their own. Nestling in the north-western tip of Latvia are villages that were once inhabited by another Baltic nation, one that never had a state of its own: Livonia. The Livonians could rightly be called the ‘aboriginal’ population of Latvia, and they have a very ancient heritage, first mentioned in the thirteenth century in the Chronicle of Henry of Livonia, which was penned by one of the German invaders of the region.

The Livonian language is Finnic, and its closest relative is Estonian. Nowadays the Livonians are a tiny remnant: in the last Latvian census there were 250 people who declared themselves to be of Livonian heritage, and of these, only about twenty can speak the language. This number however, is now increasing.

Livonian literature has existed, in a modest way, at least since the mid-nineteenth century. The first book to appear in Livonian was the Gospel of St Matthew, which was published in London in 1863. Where Livonian literature has been particularly rich, however, is in the field of poetry. This may have something to do with the way past generations of speakers were taught their own language – through songs and poems. In fact, creative writing in Livonian can be said to have begun with the poet Jāņ Prints, whose  poems mostly dealt, naturally enough, with seafaring life. This was the start of a tradition that continued, despite a lack of official encouragement from the Latvian state, up to 1939, and the Soviet occupation. Even today there are three poets actively working in the language: Baiba Damberga, Ķempi Kārl – who writes in the long-extinct northern dialect of the language – and the indefatigable language activist Valts Ernštreits.

Nowadays the descendants of the Livonians from the Baltic coast of western Latvia are dispersed, so the opportunities to use the language within a community have gone, but pride in Livonian ancestry remains, and literature has become all the more important as a means of keeping the language alive. There have been bilingual Livonian-Latvian literature collections, and these have won awards and brought Livonian culture to the wider Latvian public. This year, however, for the first time, Livonian literature is made accessible in English, thanks to a bilingual Livonian-English anthology Trillium.

The death of the Livonian language has been predicted over and over again. Twenty-five years ago, when I wrote a thesis about the decline of the language, I too was probably guilty of prematurely predicting its death, even though in those days there were still people alive who were born into families speaking the language. That generation is gone now, but, happily, they have left behind a generation of heritage learners who are now flourishing.

Trillium will, of course, have a native audience, but what is more, it will bring this fascinating little corner of the Baltics onto the world stage.

Christopher Moseley is the Teaching Fellow in Estonian at the School of Slavonic and East European Studies, University College London, and wrote his Masters’ thesis on the Livonian language for the same institution.