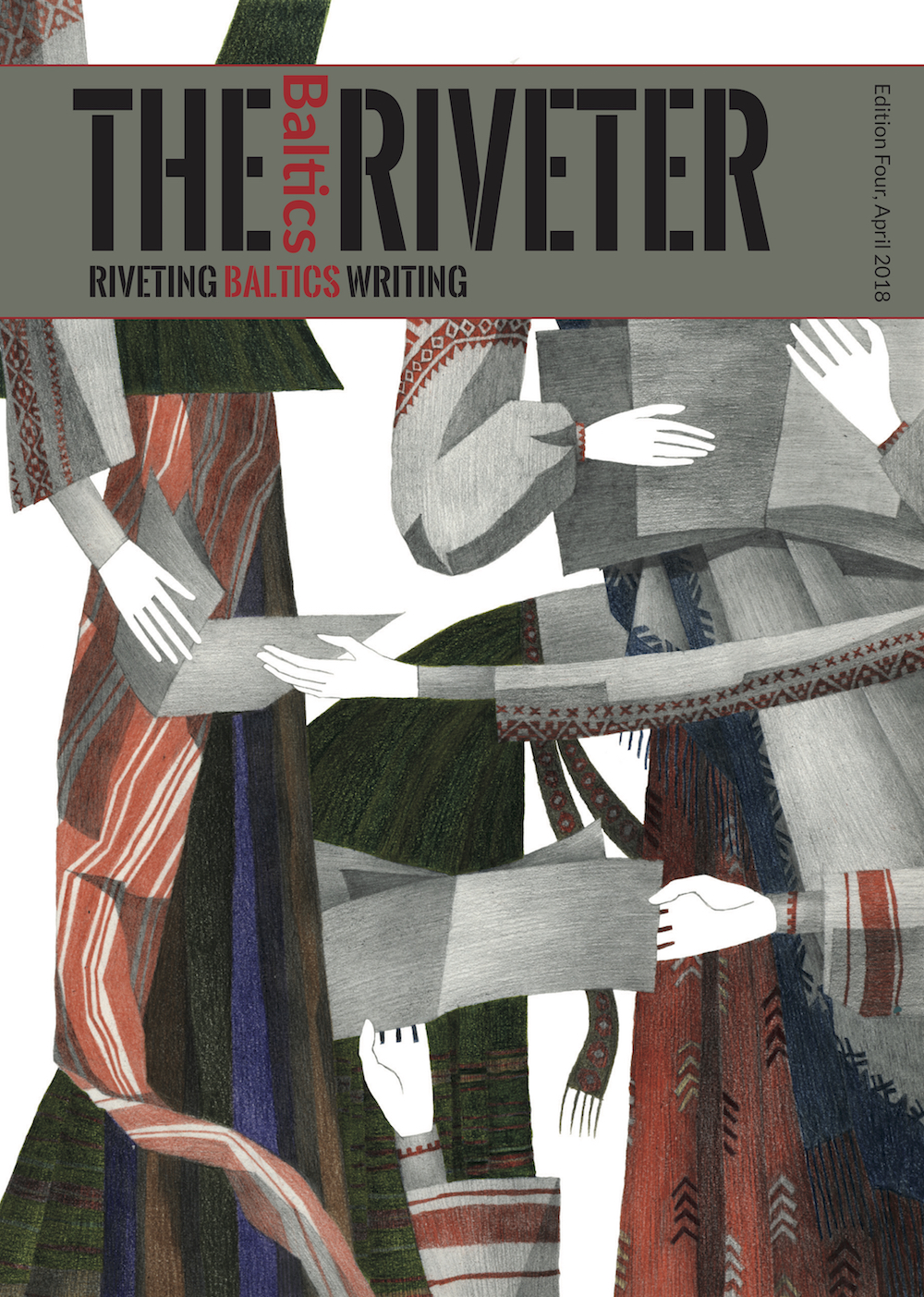 Over the past few months I’ve had the great pleasure of immersing myself in the literature and landscape of Estonia, Latvia and Lithuania, in preparation for this special edition of The Baltics  Riveter and in order to meet the writers attending London Book Fair this April, where twelve writers, four from each country, are guests of the 2018 Market Focus programme. As I write this, I’m on the last leg of my Baltic tour – in Lithuania, at the Vilnius Book Fair, where I have interviewed Lithuania’s ‘Fab Four’ for national TV. What a thrill to meet Tomas Venclova, the great poet, dissident and essayist, friends with Brodsky, Miłosz and Akhmatova. Poets are heroes in this part of the world: they came up with the revolutionary slogans and their statues adorn town squares. There’s a street in Vilnius called ‘Literature Street’ – a true homage to the past. In the present too, across the Baltics, there’s some glorious poetry being penned and performed, but the greatest fictional flourishing is of memoir, autobiographical fiction and historical novels. There’s a real plethora of novel-writing – some experimental and abstract, some graphic, plot-driven and romantic; but, unlike in the UK, there are fewer short stories, crime novels and science fiction. Maybe the Baltics have endured enough shortened-life stories, crime and dystopia in their past. Today they are in expansive mode.

My first trip to this region was to Tallinn in the early 1990s for the BBC, to report on the changes after Estonia won independence from the Soviet Union. All three countries share this history of change: periods of independence alternating with occupation and struggle. After being thrown together for so long under the Soviet yoke they are today successfully redefining their distinct literatures and languages. Their resilience and resurgence are breathtakingly impressive and moving – and ongoing, as I’ve witnessed when walking their restored streets and hearing their stories.

Which brings me to our Baltics Riveter, a tribute to some of those stories emerging from this new era of freedom. The three London Book Fair Authors of the Day are outstanding, or as one colleague expressed it, ‘the Baltics equivalents of JK Rowling’, but do you know their names? We hope you will after reading this magazine, because not only have we persuaded Kristina  Sabaliauskaitė, Nora Ikstena and  Mihkel Mutt to be our guest editors but we are publishing extracts and reviews of their novels. Thank you so much to them and to all our riveting reviewers, writers, translators and to our cover designer, Laima Matuzonytė, who won a Baltics-wide competition organised by Pop-Up Projects. In fact, the illustrators I’ve met on my Baltics tour have blown me away. From the outset I have conceived The  Riveter as a showcase for artwork as well as literature, so long may such collaborations continue.

We also owe the amazing women running the Institutes of Culture and Literature of Estonia, Latvia and Lithuanian great gratitude for their financial and literary support. They are, indeed, all women and are all game-changers in their countries.

Thank you to my very own resident European Literature game-changers, Anna Blasiak and West Camel. And finally, thank you to all the bakers on my Baltics tour! This is the Rye Bread Belt of Europe. Not only have I discovered new, nourishing literature, I’ve tasted some of the finest bread in my life and bought as many kilos of bread as books!