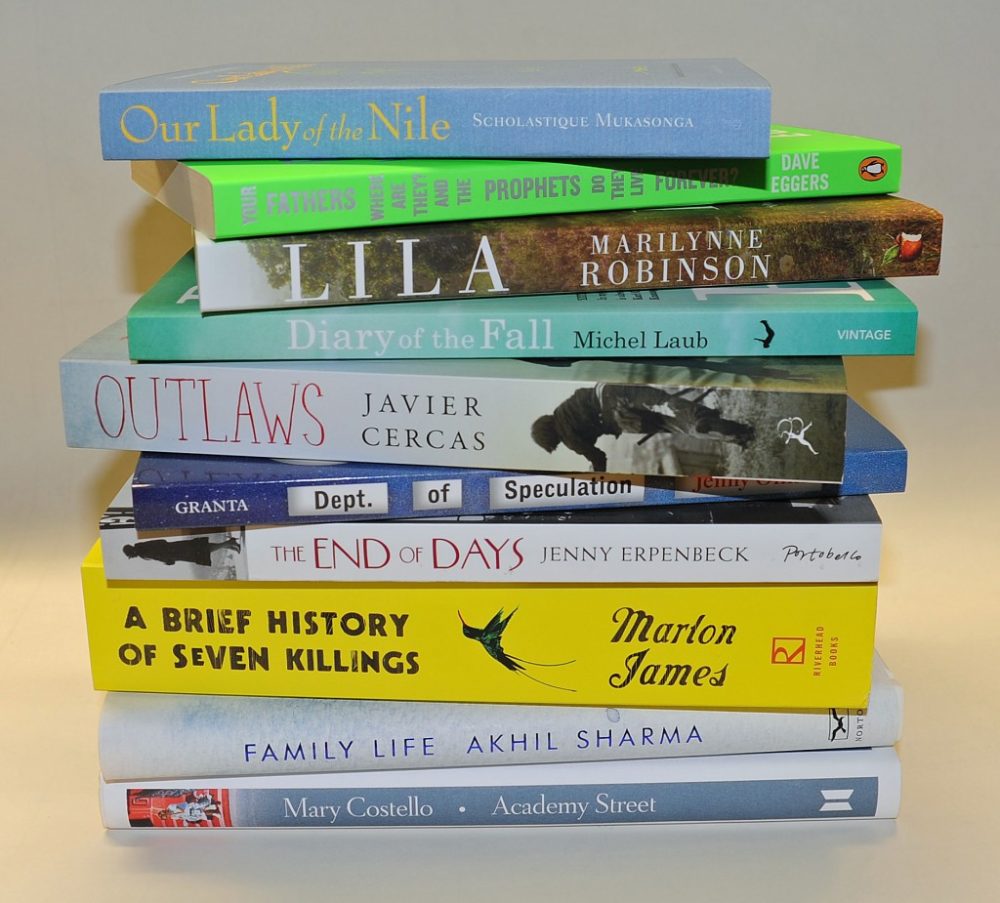 10 novels have been shortlisted for the 2016 International DUBLIN Literary Award, proudly sponsored by Dublin City Council and managed by Dublin City Public Libraries. The list includes four novels in translation from Brazil, France, Germany and Spain and novels from Ireland, India, Jamaica and the USA.

The International DUBLIN Literary Award is worth €100,000 to the winner and is the world’s most valuable annual literary award for a single work of fiction published in English. The award was launched in April 1995.

Outlaws by Javier Cercas (Spanish), translated by Anne McLean
Academy Street by Mary Costello (Irish)
Your Fathers, Where Are They? And The Prophets, Do They Live Forever? by Dave Eggers (American)
The End of Days by Jenny Erpenbeck (German), translated by Susan Bernofsky
A Brief History of Seven Killings by Marlon James (Jamaican)
Diary of the Fall by Michel Laub (Brazilian), translated by Margaret Jull Costa
Our Lady of the Nile by Scholastique Mukasonga (Rwandan), translated by Melanie Mauthner
Dept. of Speculation by Jenny Offill (American)
Lila by Marilynne Robinson (American)
Family Life by Akhil Sharma (Indian-American)

“The 2016 winner will be chosen from this intriguing international shortlist which includes five women writers. The novels come from Brazil, Germany, India, Ireland, Jamaica, Rwanda/France, Spain and the USA”, said Margaret Hayes, Dublin City Librarian. “While many of the stories reflect contemporary themes, they bring us characters facing timeless challenges of love and loss, of innocence and isolation. These engaging stories are set against contrasting landscapes which include Brazil, India, and Rwanda.”

Two of the shortlisted authors have been shortlisted previously. Javier Cercas was shortlisted in 2008 for his novel The Speed of Light and Marilynne Robinson in 2010 for Home.

The winner will be announced on 9th June.

The International DUBLIN Literary Award is presented annually for a novel written in English or translated into English. The award aims to promote excellence in world literature. It is proudly sponsored by Dublin City Council and is managed by Dublin City Public Libraries.

All the longlisted novels can be viewed here.