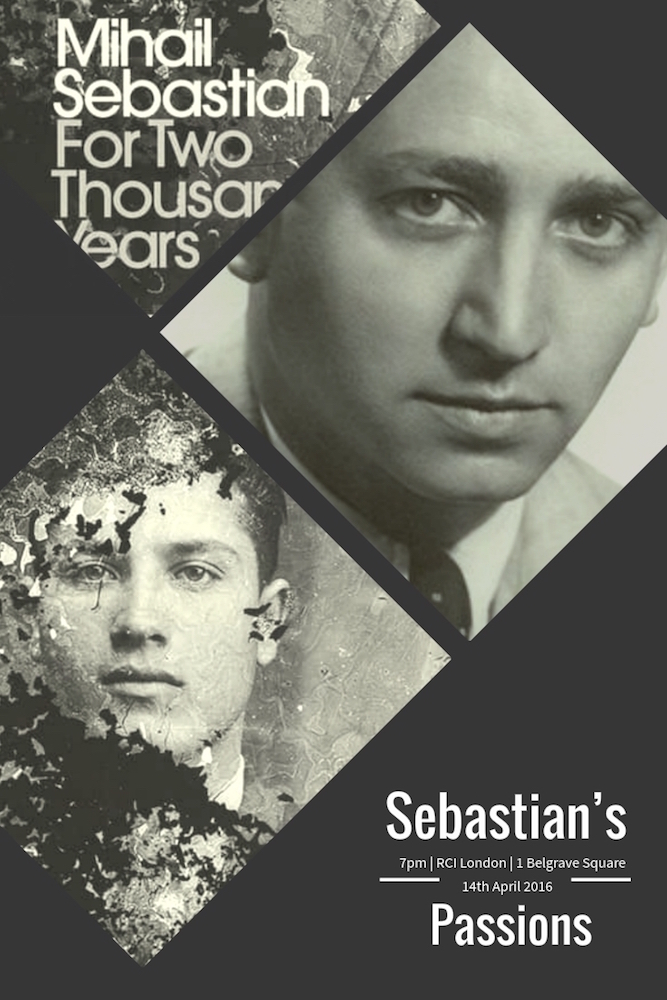 Already a star of Bucharest’s literary scene in the 1930s, Mihail Sebastian was killed at the age of 37 by an erratic Soviet military truck before the end of the Second World War, after years of clandestine living under a paradoxical fascist regime. Decades after his untimely death, Sebastian is rightly celebrated not only as an excellent writer, but also as the great moral diagnostician of a time of political madness and moral abandon. We welcome the publication, by Penguin Classics, of one of his most salient essays, For Two Thousand Years, with a conversation about Sebastian and his work with the celebrated philosopher, author and journalist Andrei Cornea and translator and writer Philip Ó Ceallaigh, along with Casiana Ioniţă, editor of the book.

The discussion will be followed by a concert offered by Forna Quartet, presenting a selection from the classical repertoire of Sebastian’s most beloved pieces.

The event is part of the Romanian programme at the London Book Fair.

Free entry, but please reserve your seat on Eventbrite.