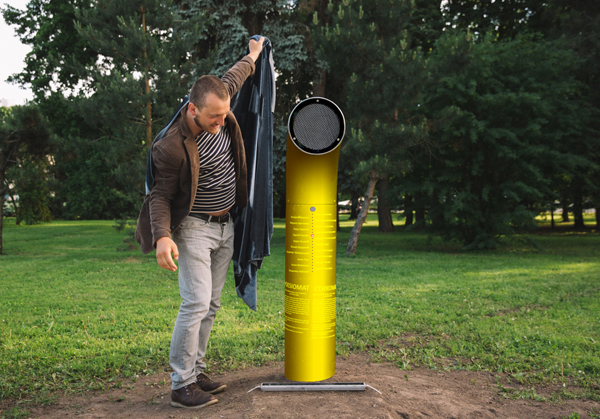 For four weeks the British Library Piazza will be home to the Poetry Periscope, a new sound installation for the public from Prague which contains a curated selection of poems from 30 European countries, both in their original language and in an English translation. Don’t miss your chance to encounter the richness and diversity of spoken word from Europe before it sets off on a tour around a number of festivals and venues around the country, including in Brighton, Birmingham, Ledbury and Durham. Part of The Stories We Tell: 2016 European Literature Festival.

Tuesday 3 May (6:30 pm – 7:30 pm) is the official launch with an evening of spoken word and highlights from the project.

Organised by: EUNIC London, British Library, European Commission Representation in the UK and the Czech Centre. In partnership with Piana na ulici and The Poetry Society.