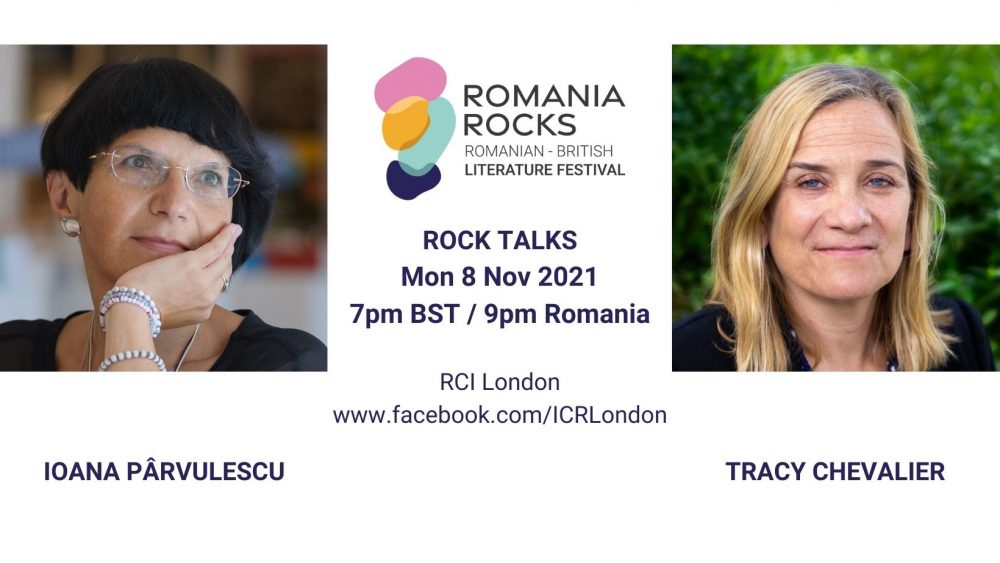 Both much admired for their broad cultural passions and intense, exquisite writing on history and the human condition. Hosted by Rosie Goldsmith.

Tracy Chevalier is the American-British author of 10 novels, including the international bestseller Girl with a Pearl Earring (1999), based on the painting by Vermeer, which was also made into a successful film, and most recently her novel A Single Thread. Tracy grew up in Washington DC and moved to the UK in the 1980s. Known for her meticulous historical research and love of art, Tracy’s novels are loved across the world for bringing history, women and art to life. She is a Trustee of the British Library and the Dorset Museum, and a Patron of several charities and literary organisations.

Ioana Pârvulescu is one of Romania’s most popular writers, writing in a wide variety of forms, from historical novels to non-fiction. She has also edited a literary magazine and translates from German and French. She was born in Brasov in 1960 but moved to Bucharest to study (two cities she loves), where she now lives and teaches modern Romanian Literature at Bucharest University. She writes beautifully, playfully and with a great sense of humour about art, history and city life. She was winner of the EU Prize for Literature for her book Life Begins on Friday, published by Istros Books in English and translated by Alastair Ian Blyth, also due to publish her novel The Prophecy. Several of her novels have been translated. She is currently a professor at the Bucharest Faculty of Letters, where she teaches modern Romanian literature.