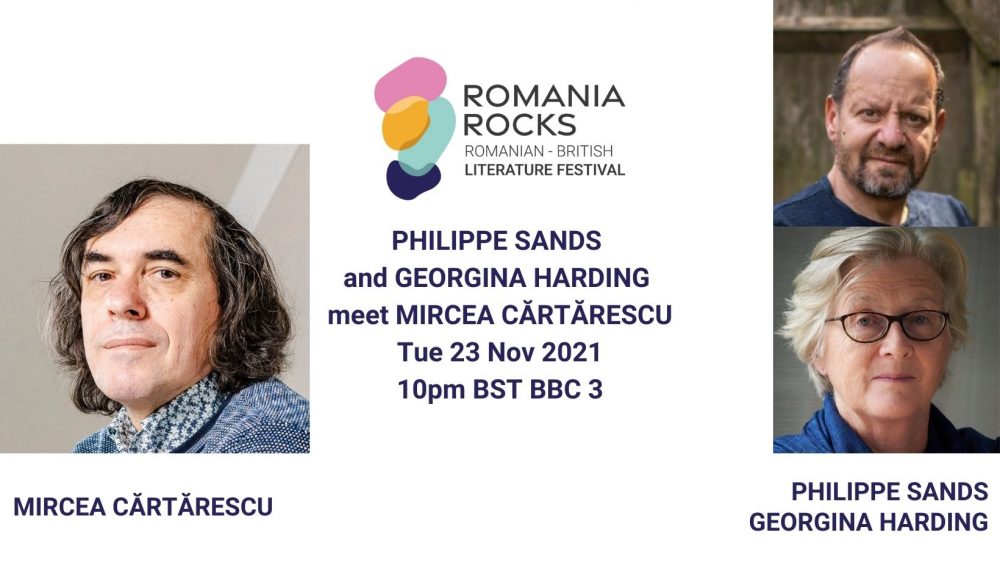 *NB This first ROCK TALK event, originally scheduled for Nov 2nd at the RCI, will now be recorded without an audience at BBC Broadcasting House and broadcast on BBC Radio 3 on 23 November at 10pm and available as Arts & Ideas podcast.

The writer and President of English PEN joins the British author of In Another Europe to meet Romania’s renowned poet, novelist and essayist. Hosted by Anne McElvoy (in partnership with BBC Radio 3)

Philippe Sands QC is Professor of Law at University College London and a practising barrister at Matrix Chambers. He appears as counsel before international courts and tribunals, and sits as an international arbitrator. He is author of Lawless World (2005) and Torture Team (2008) and several academic books on international law, and has contributed to the New York Review of Books, Vanity Fair, the Financial Times and the Guardian. East West Street: On the Origins of Crimes Against Humanity and Genocide (2016) won the 2016 Baillie Gifford Prize, the 2017 British Book Awards Non Fiction Book of the Year, and the 2018 Prix Montaigne. His new book, The Ratline: Love, Lies and Justice on the Trail of a Nazi Fugitive, was published in April 2020 and is also available as a BBC podcast.
Philippe is President of English PEN and a member of the Board of the Hay Festival.

Georgina Harding is the author of six novels: Harvest, Land of the Living, The Gun Room, The Solitude of Thomas Cave, The Spy Game, which was shortlisted for the Encore Award and Painter of Silence which was shortlisted for the Orange Prize for Fiction 2012. Her first book was non-fiction, In Another Europe, an account of a journey through Romania in 1988, a year before the fall of Ceausescu. Georgina Harding lives in London and on a farm in the Stour Valley, Essex.

Mircea Cărtărescu was born in 1956 and is one of Romania’s most widely published and eminent authors, a poet, novelist, essayist and academic, winner of numerous major awards, including the 2000 Romanian Writers’ Association Prize and the 2012 Berlin International Prize for Literature, and touted as a possible Nobel Prize for Literature winner. His poems are taught in Romanian schools and his novels, such as Solenoid and The Blinding are considered modern masterpieces. His cult novel Nostalgia from 1989 has just been re-issued by Penguin Modern Classics (translation: Julian Semilian)