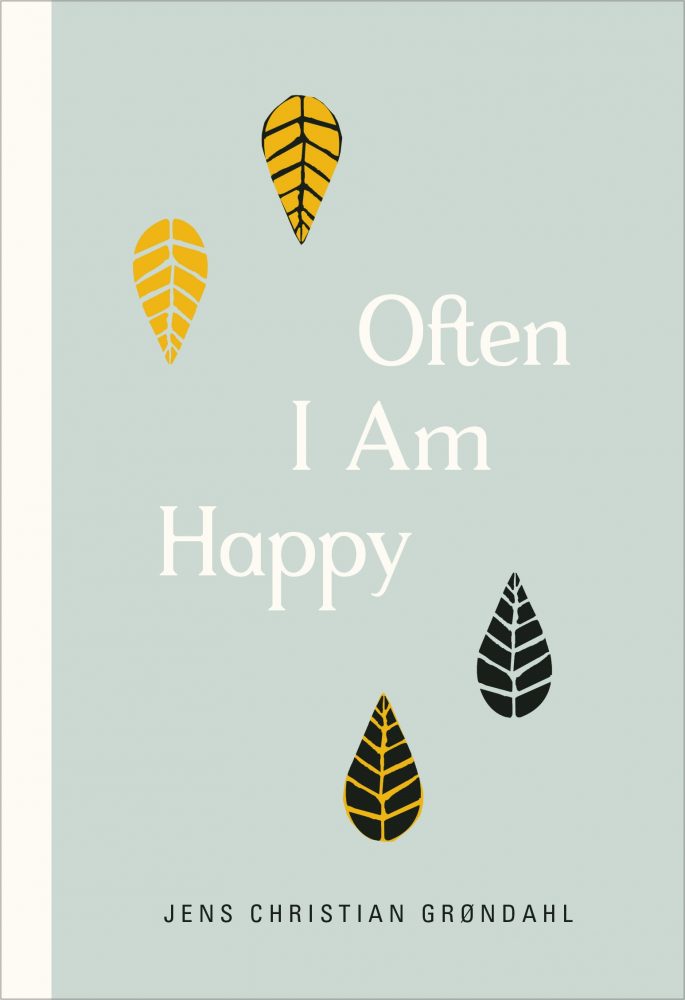 The premise of Jens Christian Grøndahl’s Often I Am Happy is an intriguing one: Ellinor is recently widowed and stands in front of her dearest friend Anna’s grave telling her about the death of her husband Georg. Georg had been Anna’s husband before Anna died in a skiing accident together with her lover, Henning – who was then Ellinor’s partner. Intriguing and complex indeed, but what follows is a quietly elegant unfolding of Ellinor’s story.

Georg died of a heart attack at the age of seventy-eight. He and Ellinor have been married for decades but she’s never quite shrugged off the feeling that she’s leading Anna’s life. Now that Georg has gone, she’s bought herself a small apartment in the down-at-heel neighbourhood of Copenhagen where she was brought up, believing that her father died in the war.

Before Anna and Henning were killed in the skiing accident Georg had discovered their affair. EIlinor was stunned by her grief over the death of her friend and went to Anna’s and Georg’s home, to help the widowed husband and father bring up his twins and keep house. She stays and they become a couple. Ellinor has always cast herself as an outsider, falling in love with Henning and then into a marriage with Georg that didn’t feel entirely right. She’s a stepmother who has never felt the children were hers; accepted by the family but standing at the edge of it. Now that Georg has died, there is no one with whom she wishes to talk except Anna.

This is a softly powerful and beautifully crafted novella. Grøndahl’s pose is spare but studded with vivid images: “the snow on the summits resembled torn lace where the grey-blue mountainside showed through”; “Life went on without you; the years passed like an express train, its windows full of new faces”.

Ellinor’s grief is private and painful, not a rending of garments or tearing of hair but a constant ache of absence – as much for Anna as it is for Georg. Anna’s twins, who accepted Ellinor’s love when they were children, have grown into distant middle-aged men, while her love for them has become “the recollection of a feeling, not the feeling itself”. She tells Anna “it is true that one is no longer oneself” in the face of grief, but, as Ellinor unfolds her story, revealing secrets long hidden, it seems as if she has never quite inhabited herself.

At the heart of Grøndahl’s novella is a loving, forgiving friendship for a vibrant  woman, of whom Ellinor says “[I have] warmed myself in front of you”. It may be a meditation on love and loss yet the title is a reminder that life goes on.

OFTEN I AM HAPPY

Translated by the Author

Susan Osborne has spent most of her working life in the book world, first as a bookseller, then as book reviews editor for Waterstones Books Quarterly and We Love This Book. She blogs at www.alifeinbooks.co.uk.