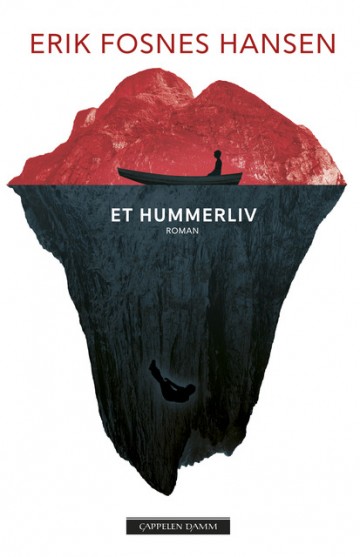 Sedd is no ordinary Norwegian schoolboy, having been raised by his grandparents, who own and run the Fåvnesheim Mountain Hotel, a grand edifice with its glory days behind it. As the only child on the premises, Sedd spends his boyhood learning the importance of putting the guests first. When not at school he dons his uniform to perform piccolo duties or helps out in the kitchen, where the chef, Jim, is his firm friend.

Sedd develops a sense of responsibility beyond his young years, often referring to himself and his family as ‘we in the hotel business’. He is entrusted with everything from guiding German tourists on all-day fishing trips in the hills to childminding the new bank manager’s daughter. His Norwegian grandfather is a stickler for tradition and appearances, always keeping a stiff upper lip, while his more volatile Austrian grandmother, cake-baker extraordinaire, is prone to sacking all the staff when left in charge on her own.

Sedd’s father, it emerges, was an Indian doctor who fell in love with Norway and moved there from England. He also fell for Sedd’s mother, the hotelier’s daughter, and died in flagrante at the moment of Sedd’s conception. Sedd’s mother, a shadowy figure who loved pop music and was drawn to witchcraft, left when her son was only a few years old. His grandparents have told him nothing except that she was ‘taken by Time’, but he discovers a locked room on the top floor of the old wing that he believes holds the secret of his past, and becomes obsessed with gaining access to it. Meanwhile, it slowly dawns on the trusting and loyal boy that dwindling visitor numbers and wedding-party bookings have led to financial difficulties that surreptitious economies can no longer solve. Grandfather has long been silently teetering on the verge of bankruptcy, and events take several chilling turns.

This fresh and original variation on the locked-room mystery is an affectionate romp through the popular culture of the 1980s, with many well-observed retro details, set against a fading backdrop of 19th-century romantic nostalgia; but it is also a tragi-comic tale of an isolated childhood in which the main protagonists at times resemble the frustrated and increasingly unaffordable lobsters crawling round in the tank in Jim’s kitchen. Picture Wes Anderson’s Grand Budapest Hotel transplanted to the high Norwegian fells; imagine a story told with the same sort of elegiac, offbeat, filmic humour, and you will have some idea of the deliciousness awaiting you in Erik Fosnes Hansen’s novel.

A Lobster Life is currently being translated from Norwegian into English by Janet Garton and will be published by Norvik Press in 2019. (Sarah Death is on the board of Norvik Press.)

Sarah Death has translated almost forty books, mainly from Swedish. Her awards include the George Bernard Shaw Prize for Kerstin Ekman’s The Angel House. She is a managing director of Norvik Press and spent twelve years as editor-in-chief of Swedish Book Review.