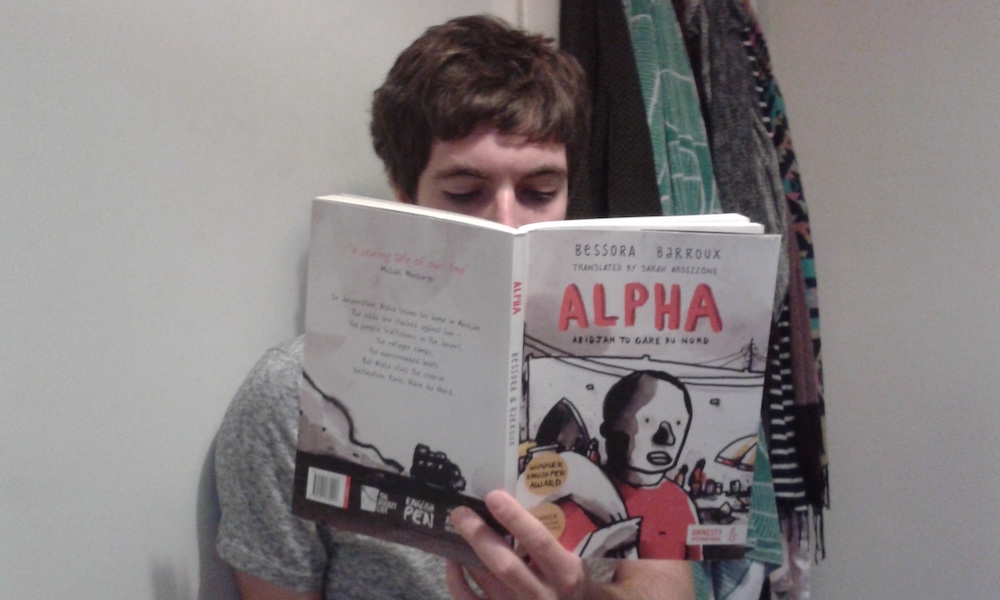 There is nothing for Alpha in Abidjan. No work. No hope. Anyone who attempts to leave the country of Côte d’Ivoire legally, even on a tourist visa, is met with a wall of paperwork no one can bypass. Even Alpha’s grandfather’s French citizenship, earned after serving France in World War Two, means nothing to the consulate. The gates to the outside world are shut, and the world Alpha reluctantly calls home is riddled with corruption and poverty. So he joins the many others who abroad are blamed for wanting more, and plans to enter France illegally. He takes out a loan to pay for his wife and son’s passage as far as Mali in the hope they will reach their sister-in-law in Paris. Six months later, Alpha has sold his cabinet-making business (which he runs from a small, cluttered garage) to pay for the first stretch of the long journey to Gare du Nord to find his family and begin a new life. It will take him months, even years, but if caught, he’ll be home in hours.

Winner of an English PEN Award, the Prix Médecins Sans Frontieres 2015, and endorsed by Amnesty International, the International Edinburgh Book Festival and the Institut Francaise Royaume Uni, the graphic novel Alpha: Abidjan to Gare du Nord, has already received universal praise for shedding light on the contentious migrant issue with searing simplicity. In his stirring introduction to the book, former Children’s Laureate Michael Morpurgo expresses the passion many readers feel for the work.

The author is named as Bessora, and the illustrator as Barroux, with no other names revealed. Collectively they are Bessora Barroux: one name, one raw voice. Alpha’s calm, melancholy narrative (translated faithfully by Sarah Ardizonne) harmonises effortlessly with Barroux’s haunting, yet childlike illustrations. Through Bessora’s words we hear the sneers of the con-artists Alpha meets at every turn, and the cheerful lilt of a young, spirited migrant convinced he will one day play for Barcelona. Through Barroux’s sweeping pen strokes we see the characters’ monochrome faces, their noses shaded black like skulls, their thin, incomplete bodies and their garish clothes. Together, Bessora Barroux lay bare the power of human perseverance and the destructive effects of human indifference.

I was in Gare du Nord very recently, waiting for a train home to London. Hundreds of commuters from all over the world were rushing to their next destination, many alone, many impatient. I saw a man huddled by an escalator, his callused fingers blackened by dirt, his clothes old and frayed. I immediately thought of Alpha, of everyone like him, hiding in the haven they sought for countless months, but for what? And for how long?

Bessora Barroux’s simple story stays with you, serving as a tender and solemn reminder that many will remain stranded wherever they go.

Translated from French by Sara Ardizonne