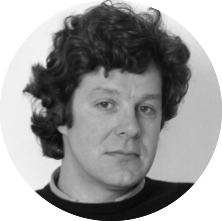 The 2018 reissue of Beat Sterchi’s Cow (‘Blösch’), in Michael Hofmann’s vigorous translation, is a major literary event. When first published in 1983, Sterchi’s novel won the prestigious Aspekte prize for the best fictional debut in German-speaking countries. It was acclaimed by reviewers as a remarkable combination of documentary realism, modernist techniques, linguistic energy and moral protest. In the English-speaking world, by contrast, Sterchi’s novel failed to take off. When Michael Hofmann’s translation (then titled Blösch) appeared in October 1988, attention was focused on the Booker shortlist, including Salman Rushdie’s The Satanic Verses. Blösch generated few reviews and was rapidly remaindered by Faber & Faber. Its American release in 1990 as Cow coincided with a major dispute at the publishing house, Pantheon Books. Two unfavourable mainstream reviews appeared to then seal its fate. And that, it seemed, was the end of the story – until this year.

Cow’s timely republication enables this intensely Swiss novel to address seriously today’s global concerns with migration, ecological sustainability and the ethical treatment of animals. The plot follows the intertwined fates of Ambrosio, a Spanish migrant worker, and the lead cow of his employer’s herd, Blösch; both end up in a city abattoir as commodities within an exploitative system of industrial meat production.

Beat Sterchi superbly conveys Ambrosio’s bewilderment as a cultural and linguistic outsider in inward-looking 1960s Innerwald, the setting of the story. It is a society on the cusp of change: traditional farming is being displaced by the technological modernity of milking machines, chemical fertiliser and artificial insemination. In the new, market-driven rationale, feed supplements boost the productivity of ‘large cattle units’, formerly known as cows. The village’s canny farmers embrace capitalist innovations but are socially conservative. Sterchi captures brilliantly the speech rhythms of their Bernese dialect, their ingrained mentalities, and their instinctive xenophobia, which pressurises Ambrosio’s kindly employer into terminating his contract. He is replaced by a machine.

The chapters depicting a day’s labour in the municipal slaughterhouse confront readers relentlessly and unsparingly with the gory routines of killing, disembowelling and dismemberment – cows in the morning, pigs in the afternoon. The narrative has an epic scope: in its exhaustive descriptions of butchery; in the socially representative life histories of the individual workmen; in its variety of stylistic voices; and in its symbolic resonance. Sterchi cites Upton Sinclair’s muckraking exposé of Chicago slaughterhouses, The Jungle, but Cow is less an indictment of industrial malpractices than an unforgettable evocation of archetypal life-and-death struggles among humans and between mankind and other creatures, epitomised by the maltreated but indomitable Blösch.

Ever since Beat Sterchi’s great Bernese forebear, Jeremias Gotthelf, agricultural novels have been important vehicles for social criticism in Switzerland. In depicting the capitalist endpoint of farming, Cow marks the culmination of this genre. Sterchi has subsequently become one of the leading voices in Swiss dialect literature and in ‘spoken word’ performance, notably in the ‘Bern is everywhere’ (‘Bern ist überall’) group, alongside Pedro Lenz and Guy Krneta. Cow remains his only novel. It is a monumental and unmissable landmark in Swiss literature.

Alan Robinson was a John Doncaster Scholar in German at Magdalen College, Oxford and a Junior Heath Harrison Scholar in German. He has taught at the universities of Oxford, Lancaster, Cologne and at all the German Swiss universities. Since 1990 he has been Professor of English at the University of St Gallen.﻿