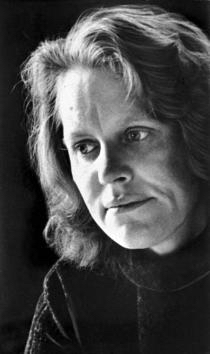 The title of Belševica’s 1969 poetry collection – Annual Rings – holds special meaning, connecting with the ontology of Goethe’s Faust, which as a fundamental principle examines the expressed meaning and power of words as well as their relationship with actions. Words always serve a purpose, even when we only use a few of them. One word has the power to create, preserve and set free; it cannot be erased, it turns back time. The conflict between words and the period in which they’re used illustrates the relationships between truth and power, between freedom and oppression – as shown in the poem ‘The notes of Henry the Latvian on the margins of the Livonian Chronicle’, which describes the illusory nature of an artist’s freedom. By drawing a dramatic parallel between truth and lies in this way, and by revealing the harsh nature of reality, Belševica’s work relates to events in our time: Latvians continue to enact the will of foreign powers, either consciously or subconsciously.