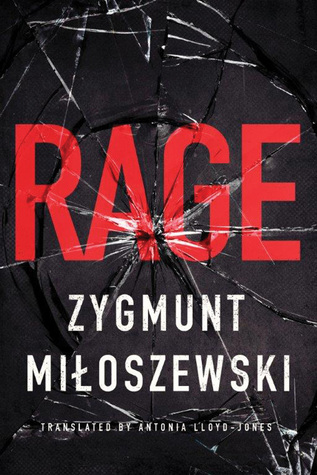 Rage by Zygmunt Miłoszewski: A deeply disturbing read, but also hugely enjoyable and reads beautifully. There’s no happy ending – but I’m hoping for a sequel soon.

Nicky Harman has worked as a literary translator for a dozen years. In addition to translating, she organizes translation-focused events and mentors new translators from Chinese. She has acted as Chinese–English workshop leader at the BCLT Literary Translation Summer School for three successive years (2009–2011) and in 2011 was Translator–in–Residence at London Free Word Centre. Her recent translations include the prize-winning novel Gold Mountain Blues/《金山》 by Zhang Ling; Flowers of War by Yan Geling and A Phone Call from Dalian, Han Dong’s Collected Poems. She also translated Han Dong’s first novel Banished!/ 《扎根》. This won a PEN Translation Fund Award (2006) and was longlisted for Man Asian Literary Prize, 2008.