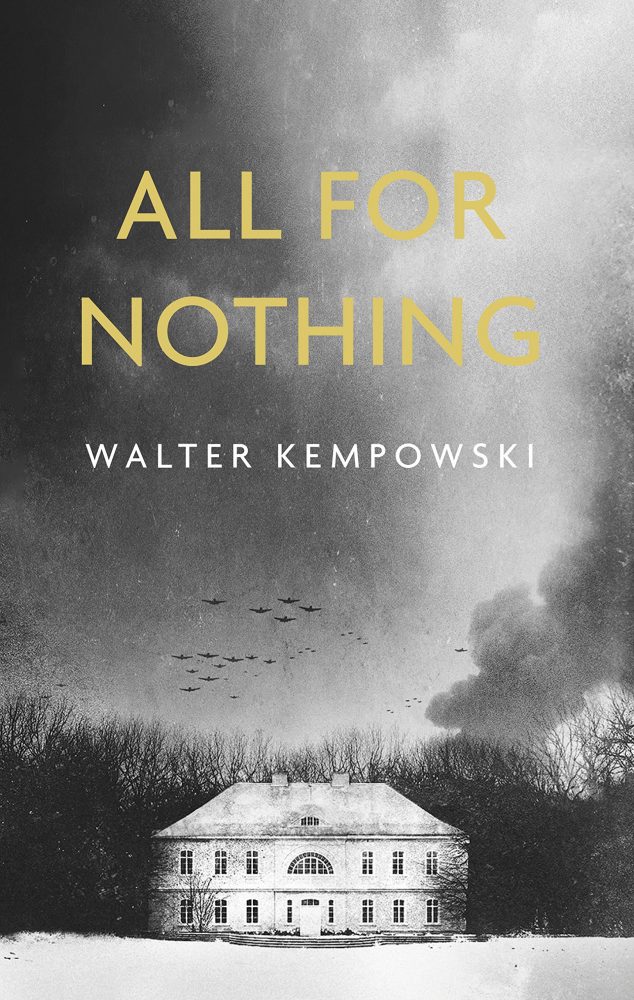 #RivetingReads: Deborah Langton recommends ALL FOR NOTHING by Walter Kempowski

On the surface this appears to be a depiction of the final stages of a long war. Below that surface we find a beautifully lyrical account of a family’s attempt, together with its retainers, to cling on to some semblance of normality when everything around them is falling apart. I enjoyed the work so much that I re-read it almost immediately.

Deborah Langton has six published book translations with a couple more in
the pipeline: Julia Drosten’s historical romances, The Elephant Keeper’s
Daughter and The Girl with the Golden Scissors, published in 2018 and
2020, and in 2019 Melanie Metzenthin’s first book to make it into English,
A Fight in Silence.

Her first book translation was Stalingrad – the Loneliest Death by
Christoph Fromm, published in English by Primero in 2015, closely followed
by Seeds of Wrath – Egypt between Revolt and Reality by Matthias
Rathmer.

And Deborah’s English translation of a book originally published in 1915
by Alfons von Mumm, At Home in Liguria, is now available through
Internὸs Edizioni.