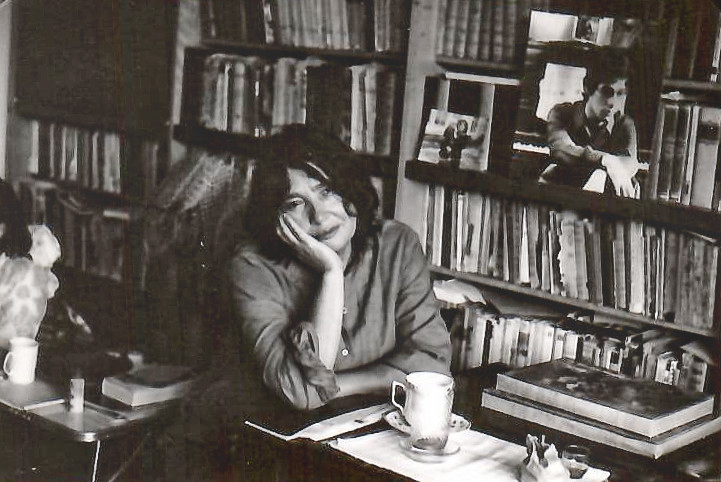 A friend wrote to me that she’d been craving potato pancakes for a few days. Which reminded me that Hanukkah is coming, even though the friend didn’t have that in mind, because she does not have Jewish roots and anyway who doesn’t like potato pancakes? But for me they are latkes, and if it’s latkes, it must be Hanukkah.

Well – somebody might ask – but what’s that got to do with anything? That is, what’s a potato to do with events in ancient Judea? After all the Old World didn’t know potatoes at all before Columbus and they only got popular in the 18th century, right? Right, but’s it’s not about potatoes, it’s about oil. It’s about eating dishes fried in deep oil, in a symbolic reference to the so-called “Miracle of Hanukkah” which was indeed about oil, olive oil to be specific. So it can be sufganiyot doughnuts or angel wings, and for example Sephardim celebrate Hanukkah mainly with beignets generously drenched in honey-based syrup, which they call bumuelos. But, let’s be honest, nothing beats potato pancakes! A man needs something savoury during the holidays. After all, how long can you stuff yourself just with sweet foods?

I grew up without it all. Long before I was born, even before they met each other (during the war, in the faraway Uzbekistan) my parents completely abandoned the Jewish tradition. I myself for a big part of my life didn’t even feel that I was deprived of anything. Only when I was thirty-seven, by pure  chance, I met some Jewish educators from America and this was the beginning of my adventure with Judaism which continues until today, even though, as they elegantly phrase it, I have never received the grace of faith.

Before that I only had a very vague idea of Jewish holidays and traditions, religious dos and don’ts, old wisemen’s proverbs and commentaries accompanying them, not to mention liturgy or even the Hebrew alphabet. I probably did hear bits and bobs, just superficial stuff and second-hand – because my parents thought that since they had managed to free themselves of it all, their children would have no use for it anymore. Which doesn’t mean that Mum didn’t make potato pancakes. She did. They were so good I’ve never had anything quite like them. She also had several other dishes in her repertoire, some unambiguously Jewish, like kneidlach made of matzo meal (which she simply called dumplings), stuffed carp (gefilte fish) or veal brisket stuffed with matzo meal mixed with eggs. I remember I liked this last dish a lot, though I wouldn’t touch it today – I wouldn’t be able to stop thinking about a little calf murdered by somebody so that we could eat it. As a matter of fact, Mum never ate beef or veal, even to check if the dish she was cooking for us had enough salt. She remained faithful to her own topsy-turvy kosherness, coincidentally in line with the rules followed by Hindus.

But since I started with potato pancakes, I should explain what I meant about the oil. The thing is that when in 168 BC the rebels led by Judah Maccabee liberated Jerusalem from the occupation of the Hellenistic Syrians and entered the Temple defiled by the invaders, they wanted to relight the eternal light in the huge temple menorah hammered out of pure gold. The problem was, there was only one barrel of correctly prepared oil which would have been enough just for one day’s worth of lighting, and preparing a larger amount of such high quality fuel had to take eight days. Despite that Judah ordered the lighting of the menorah and a miracle took place – the oil lasted the entire eight days and therefore there was no problem keeping the eternal fire going.

Hence potato pancakes and hanukkiah, the eight-branched candelabrum with one more candle lit on each evening of this holiday, as a way of counting the days to eight. In fact, to make it more complicated, a hanukkiah has nine branches. One, clearly separated from the rest, is for holding the candle used for lighting the other eight.

I have my own idea as to why that victorious rebellion is commemorated in such a peculiar way. I think it is about separating the memory of those distant events from their bloody, in fact quite perturbing, essence. After all the Maccabean Revolt was in big part a civil war started by religious fundamentalists, ready to butcher without hesitation those of their tribesmen  who were inclined to drop the faith of the fathers. Everything has changed since then: the Temple has been gone for over two thousand years, which made the most of liturgical orders defunct, Jews have dispersed across the world, learnt to open themselves to the external influences without worrying that they might lose their own identity. After all this external world around them kept changing too, not always so hostile anymore, but instead suggesting new patterns and ideas to think about, though not necessarily to adopt. Which is why even the images from the semi-legendary past had to be processed anew. It’s the same for contemporary Poles who don’t celebrate the anniversary of the Battle of Grunwald to re-awaken the old hatred for “the eternal enemy,” but to play knights. And it’s the same for the English who celebrate the anniversary of the thwarted attempt of blowing up the Parliament by the fanatics from the ultra-Catholic underground by having some light-hearted fireworks. Because the nightmares from the past, if they need to be revisited some time later, work better if they are given some universal, ideally positive overtone. It’s best to turn a bloody memory into a joyful holiday of lights. And of potato pancakes.

Maciej Hen’s According to Her is out with Holland House Books.

Photo: Maciej Hen’s mother in her fifties, photographed by his father, with his portrait in the background.