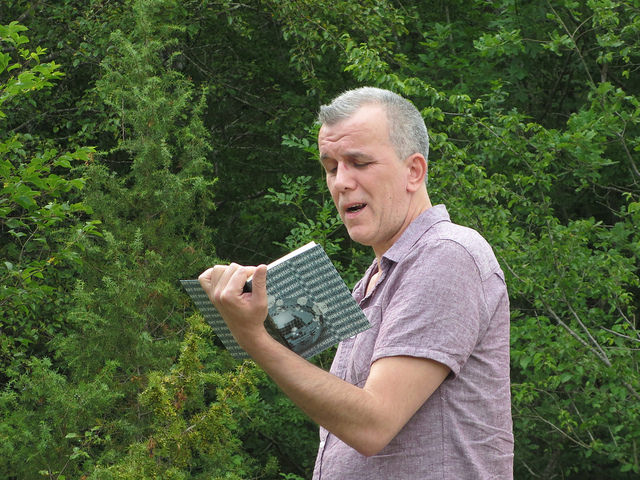 LitLink: From NO SIGNAL AREA by Robert Perišić, translated by students of University of Zagreb, edited by Alexander Hoyt and Buzz Poole

“One time in Siberia, near Tobolsk.”

“Near Tobolsk. Well, I mean, nothing is near there, but Tobolsk is nearest . . .”

“You haven’t heard of Tobolsk? That’s where Križanić published his treatise. In 1665!”

“Who would know such things.”

“How did we start talking about this?”

“I don’t know, we’re driving in the middle of nowhere, so it reminded me.”

“Reminded you of what?”

“Yes, that’s it! You interrupted me! That’s what I was saying. In that place near Tobolsk, in this town, even more bumfuck than this one, this guy, listen to this, he told me he could procure me a bomb for a million dollars.”

“What kind of bomb?”

They went over a sizable pothole and got a little shaken up. They were now driving through a deep gorge next to a river. It was sleeting lightly.

“Only a million?” said Nikola, gripping the steering wheel firmly.

“That’s what I asked the guy, too. Only a million?”

He blew out some smoke while looking down at the river bank, where numerous plastic bags had gotten stuck in a thicket, like some kind of mistletoe. He’d been expecting to see untouched nature, so he stared at that.

“You know what he said to me?” Oleg asked.

Oleg looked at Nikola, letting the smoke swirling in the car serve as a dramatic pause.

“So I tell him: Only a million? And you know what he says to me?”

Oleg put out his cigarette and lit another one.

After some time, Nikola asked, “Do you think he was being serious?”

“What can I say? I didn’t look into it. It’s my great contribution to humanity.”

“You really are a hero.”

“Hey, what do you think? What if I had brought a small bomb to these geniuses here, how far would it have gone?”

In the gorge only the white plastic bags in the thicket were still flickering next to the dark river.

At that point the roads branched out and they began a long climb.

Robert Perišić has created his own audience and his own position in modern Croatian literature, and his books portray an authentic view of society in transition and the (anti)heroes who inhabit it. He is the author of two collections of short stories and one poetry collection; his first novel, Our Man in Iraq, was the bestselling Croatian novel of 2008 and also received a respected literary award from the Croatian daily newspaper Jutarnji list. Robert Perišić’s journalistic articles regularly appear in the respected Croatian weekly Globus.