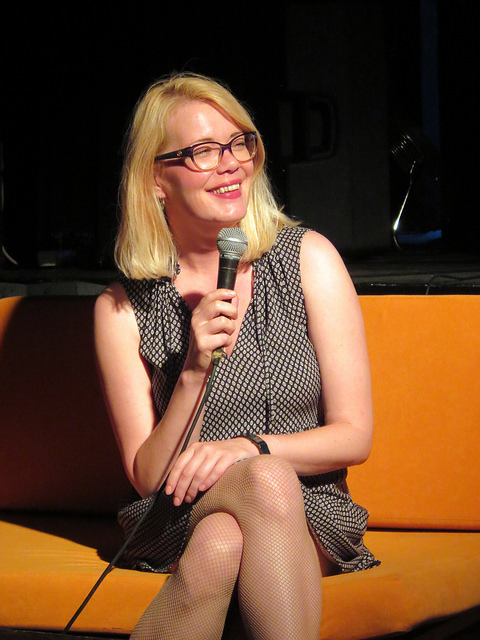 Ferid is forty-four. Unmarried. Unemployed. Lives with his mother. Barely finished high school. Three years after that, he spent every night drinking in bars, and then the war came. He avoided the war with the excuse of a strong prescription that took away his good vision. Now he avoids life with the excuse of the war that took away his best years and the ones that followed. He doesn’t have any applicable and useful knowledge or skills. He lives in a country where people pray in four different types of temples, steal and cheat in every season of the year and crawl on all fours to survive the effects of a four-year long “conflict which includes organized use of weapon and physical force by countries or other social groups” – this is a definition of war he found on Wikipedia. After his first breakdown, his mother declared that it wouldn’t have come to that if he had studied more and fooled around less. After the latest one, she took him to a hodja to hear some readings from the scriptures, but before they even started, Kur’an moved by itself and the potential savior quickly sent them home without the promised healing. He doesn’t know the first thing about love. The most complicated relationship he had with a woman was a one-night stand. He gave it a chance three or four times. A hooker he picked up in a no-name village where he used to buy weed told him his cock was definitely bigger than his IQ. He stuffed her mouth with the former. That was also his last ʻintimateʼ encounter with a woman. After his father died, he told his mother he would eventually leave the country. She told him if that happened, her heart would break with sadness. When they said this to each other, a grenade fell on the house next door, killing his uncle. Mother’s heart broke with sadness. Ferid went to the funeral. Shoving the soil of the land he would never leave, he contemplated suicide.

He has one acquaintance, Ejub Stevica. E. S. is one of those people who are happy to do anything unrelated to serious earning. He believes that it is perfectly enough for a person just to stare at the TV day after day. Ferid stares with him, day in, day out. They mostly watch Animal Planet. At night, Ferid dreams of slimy male frogs who, gripping them with impressive leg skills, drag the eggs in a damp place, bringing a next generation of tadpoles to life. He also dreams of Ejub Stevica, a lot. The two of them falling in some kind of an abyss. When he’s alone, he sometimes thinks about things happening around him. Whether, for whom, and why it all matters. This minute or two of brain activity tires him out soon and then he goes to the kitchen to eat, then he shits, smokes, pisses, coughs, moves around the house or the street, aimlessly, with no sense of time, comes back. Before bed, he doesn’t bid his mother good night, doesn’t perform any ritual. He drops on the couch and snores. Once he told Ejub he didn’t like his life. That he was troubled by being unsuccessful, passive, lifeless, uninteresting, ugly and not having any interests or motivation, he told him that he hated the fact that he never went to the movies or for a drink with someone, that he was lonely and wished he had a girl, that he felt he would die leaving no one and nothing behind, and that maybe he would try to change things, but he didn’t know where to start. Ejub just shrugged his shoulders and said he was whack, called him dude and rolled a joint that burned away at the same speed as Ferid’s nonsense talk about the possibility of a better tomorrow.

One afternoon he found himself in the company of two girls E. S. called over. The movie Grbavica was on TV. During a pretty gruesome scene with mothers of Srebrenica, Ferid made a comment that he would surely cry if the two of them weren’t around. One of the girls said that crying is human, not reserved for women only. The other one mentioned genocide. The first one drew a connection to Holocaust. The girls gave each other an appalled look and left shortly after. That night Ferid admitted to himself he knew nothing. He thought he was stupid. The next day he shut himself in his room. The following couple of months he didn’t leave house, except to a local store to buy cigarettes. He would come down to the dining room to eat what his mother had cooked, and go back to his bed. Aunt Mina said this was called depression, he overheard her whispering it to his mother in the kitchen. Despite all of his shortcomings, Ferid knew there was one thing preventing him from failing completely, immediately and in every sense – he wasn’t insensitive. He deeply felt everything that was happening to him, he just never knew how to express it. For example, he was unquestionably aware of a great amount of anxiety and discontent piling up in him over the years, but he didn’t talk about it. Sometimes he even felt something resembling happiness – once he helped a faltering old man cross the road. The old man thanked him, and Ferid felt an overwhelming combination of mercy and pride. The worst was with sadness: essentially, he was sad all the time, he often woke up at night crying with no reason. This he could not say to anyone. And there was actually no one to tell. Solitude was a mold his sadness poured in, like dough in a baking tin. One night he dreamed of his father (a man who spent most of his life gambling, drinking and beating up his mother and him). In the dream, his father appeared in the form of a melek, looming over him with some kind of gaudy sparkling wings and saying: “Son, this life you are living is a dark realm. But don’t let it break you. Only the honest and hardworking man will enter Jannah. Do something or you will disappoint both God and me.” Having said this, he flapped his grotesque wings and flew away in an unknown direction. A sunny morning arose. The room was full of eerie silence. Once, in a TV show, he heard that the French have this saying, when a moment of silence happens in a conversation, that this is an angel passing by. Ferid thought his entire life is in fact an angel passing by. Somewhere in the neighborhood, a baby wept. He got a grim sense of horror. When his mother called him, he asked himself why she had given him this name, which is supposed to mean unique, incomparable.

Maja Ručević was born in 1983 in Zagreb where she also finished her schooling. She graduated in Croatian Language and Literature and French Language and Literature. Recently she works and lives in Sarajevo. She works as a journalist and a translator (mostly for works of fiction). She writes prose and poetry. She was awarded with two poetry prizes. She has recently published her first novel Je suis Jednoruki located in post-war Sarajevo whose characters are loosely based in the present time. She was the youngest author who entered the finals of this year’s t-portal literary award.