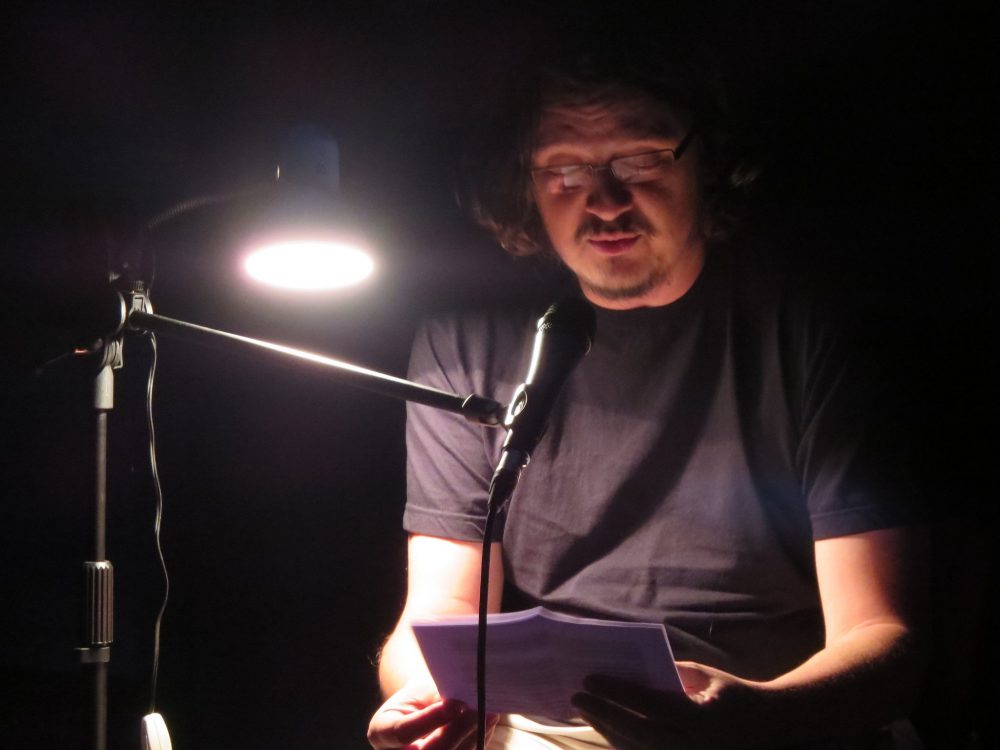 LitLink: From MIMA AND SQUARING THE DEBT by Želimir Periš, translated by Paula Jurišić

Mtg. Café by the sea. Jopa was looking around as usual, carefully making sure that they are not arousing suspicion, and Mima, for first time that week, felt relaxed. He was leaned back in his chair with his hands behind his head enjoying himself. Those long coffee hours out in the street, in the deep shade are some of the comforts of the Mediterranean. A true break on a hectic day, distraction from thoughts about the electricity cut off, debts or estranged daughters, or drug dealers and hackers gone wild. All you can feel is the smell of your espresso and pine trees, the sound of crickets in the air and the mighty sun above the shade.

“What’s up kid? Please, make it good news only for today?”

“Great news, Mima, great news.We’ve annexed Arcadia”, Jopa claped his hands joyuously. “A world of almost five thousand people. There was this harsh feudalism, we moved slowly and bit by bit, they have awoken. We had to start a war, however, dammit, a big battle took place this weekend, I’m not saying that the end justifies the means, but things get complex. The crowd has no idea what’s good for them. But the important thing is that we have Arcadia. It’s what mattered to us. Because of the name, get it? Arcadia – the old school utopia.”

Jopa was into computer games. He spent every minute in virtual reality, bringing on virtual revolutions, tearing down imaginary systems. Gamers live parallel lives, he used to say. An extra value added to your everyday life, game as the VAT on life.

“Way to go kid. Are you the president?”

Mima was not going to let that upset him. He kept enjoying himself with his eyes closed. He could smell coffee and pine trees, exhaust coming from the cars passing by and, for a brief moment, he thought the breeze brought the smell of the sea. That’s how good his day was.

“Actually”, says Jopa reluctantly, “we do have something like a representative. She is not the president because Utopia knows no traditional power structures, but she is, in a way, a prominent representative. And I am the captain of the council”, he adds shyly.

“A woman? You are hanging out with a woman?”

“Well…technically, I’m not sure if she is a woman. You never know with the internet.” Jopa nervously hides his face behind a large glass of iced coffee and takes a sip. “But she might be a woman.”

A couple of sparrows approach their table and Jopa prepares them a small meal. He empties two sachets of sugar on a tiny plate and spills some water over it. He stirs it with his finger and then licks it, it seems just fine so he serves the meal on a sidewalk.

“Eat, you poor and helpless. Everyone is entitled to his own dose of sweet”, he preached to the birds. At first, the sparrows were suspiciously approaching the plate cautiously pecking the sugar, but soon they felt safe. In a few minutes there were already a couple of them enjoying the treat, and nearby, a pigeon appeared as well.

Mima was blissfully dozing off and enjoying the freshness of an imaginary breeze.

“I called you because of Medo, the drug dealer” says Jopa ruining his moment of peace and quiet.

“I asked around about the court policy and I realized we have a problem.”

“I don’t wanna hear about it.”

“It’s about Medanic”, Jopa went on ignoring him. “You see, he told the police he used to buy drug at the Small Market. You denied it and removed all the evidence from your computer. If it stays that way we should be OK for a while – he said, she said – the police shouldn’t be able to connect the dots. But, if Medo, the dealer repeats that in the court and it goes on the record, we’re screwed; the judge might want to look into it. Even if he doesn’t do it right away, he will most definitely do it once the Small Market is mentioned again in the court room. Shortly, Medo, the dealer isn’t supposed to mention the Small Market in the court room, otherwise we’re fucked.

It was a risk they were always aware of. Unavoidable scenario that would release all the internet stuff into the real world was a lurking danger. They weren’t fooling themselves, they are not stupid. When working the Small Market you might as well expect some shit sooner or later.

They were cautious from day one, even though things were then nothing like today. Jopa had a nickname Malatesta at a time and he was a devoted anarchist always ready for an argument and discussion. He was twenty three years old and he never worked a day in his life. Mima was thirty three back then. He shared one and a half bedroom apartment with his mother and would travel to Zagreb twice a year so he could spend an afternoon with his daughter. The thing he and Jopa had in common was their hatred towards the ruling kleptocracy, the bastards in the Opposition and the parody of a second-hand democracy.

They kept taking a dig at the state over coffee, and the state responded in every single way. Week by week they scraped a living, systems engineer and a self-taught programmer unfit for a life in the city, a city with an unemployment rate higher than the birth rate, incapable of making a decent living.

And then, out of the blue, Jopa came to shine. Excited and aroused he waved those hands of his fervently performing his act. We’ll create a web, he said. Internet is the future, a system crushing platform. And I am not talking about the lousy Google, public web; I am talking about the secret Internet. Online places accessible only to those who know where are they are headed and what they are looking for. Places that can only be accessed through special browsers. Browsers protecting your privacy, so no one could tell who you are or see where you come from. That’s what I’m talking about. Nowadays, technology can guarantee privacy and secrecy – now is the moment. We’ll create a web, an online anarchist society of equals with no state to control them, Jopa preached enthusiastically.

He locked himself in his room and three months later he came up with a well-thought solution. He has programmed The Crib – an online anarchist society, online utopia, a place where all anarchists would be able to operate in secrecy and bring down the whole system. The world was at their feet. Less than three years after the world was after them.

“How safe is it to shut down the Small Market?” asked Mima.

“Don’t bullshit me Mima. You know damn well I am on it.”

“There’s nothing, we’re clean as a whistle. Not even saint Peter with his heavenly hounds could trace us; connect us with the Small Market. Not the server lease, not an access log, nothing. All we have to do now is sell Bitcoins. Withdraw the cash. Take the money and run.”

At Small Market you trade with virtual money. When he programmed it, Jopa knew exactly what he wanted. – money no institution controls, no bank deals with, money belonging to the people, to its users. There was an Internet solution, a stable currency based on computer algorithms, not directory boards of state institutions. An account with a virtual currency cannot be frozen, taxed or tracked. Bitcoins were the perfect currency for the anarchist utopia. The only problem was the real money.

“We need an account in a Croatian bank so we could transfer the money. Since yours is completely useless, you might wanna open a new one”, Jopa suggested.

Želimir Periš (Zadar, 1975) holds a degree in computer engineering. He is in charge of creative writing workshops in Zadar, as well as the KaLibar bestiVal, an international literary festival. He has published a book of poems x, a collection of short stories Female Martyrs (2013), which has been translated and adapted as two stage plays, as well as two neo-noir novels accepted by readers at large, set in sunny Dalmatia – Mima and Squaring the Debt (2014) and Mima and Your Daughters (2015). Mima and Squaring the Debt was shortlisted for the t-portal Award, currently the most prominent Croatian award for novels.