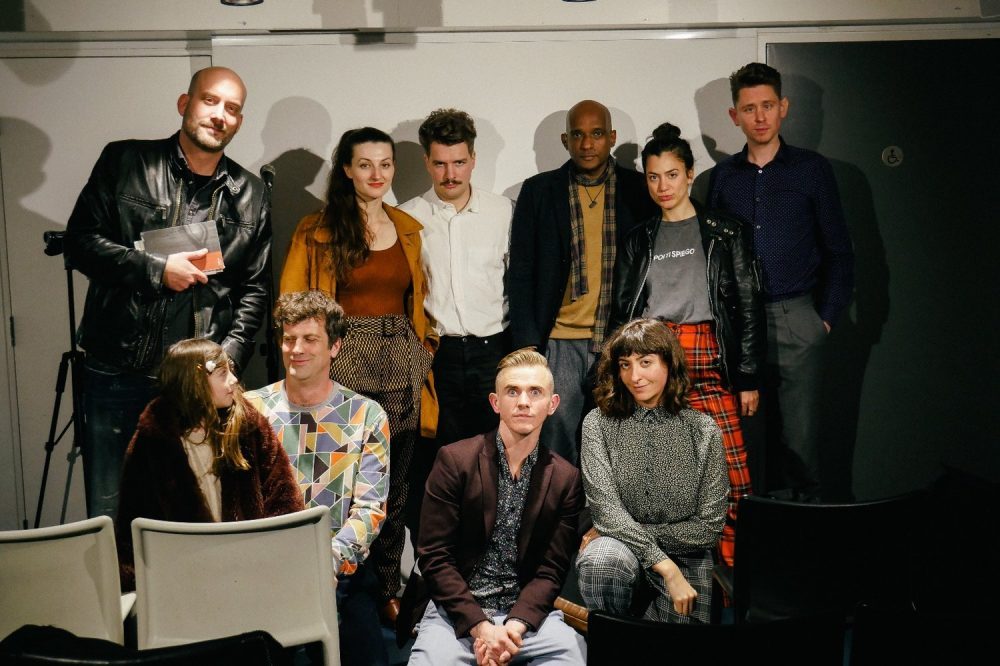 An event to remember, entirely stuffed with people, we crammed nearly 100 into the basement venue of the Poetry Society, it’s cafe, in Covent Garden, for an event long mooted and brought together, thanks to Pro Helvetia and the team at Literally Swiss in London, finally, for the fest. Five new collaborations were at the core of the night, with six Swiss poets, that followed short solo readings by various poets visiting for the fest.

The range was really distinct, most especially across the collaborations, which were absorbed as representations of friendship and strangeness, which depicting the relations of the two poets in poetry and were embraced as this, in both directions. From Pantano and Fehr, close friends, but who mashed up entirely unconnected works, to Steinbeck and Calleja, close friends, who read diaries about first meetings of each other, to the clinical irony of Savolainen and I, to the fused fiction of Addonia and Bianconi, it was fascinating to watch these readings connected in one evening.

Watch these short interviews with the six poets filmed by London Video Stories for Literally Swiss:

These six videos for Literally Swiss were filmed before the poets’ performances. If you want to see all the photos and videos of the whole European Poetry Festival, click on this link.

Thank you again to Pro Helvetia for making this possible.