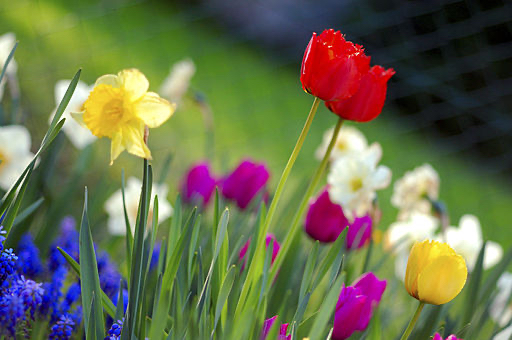 ELNet May 2019 Newsletter by Rosie Goldsmith

Is May the best month of the year? I may be biased but the evidence is very positive: there’s all that ‘merry May poetry’ for a start; the buds, birds and bees are out; the weather’s warmer; fashion is floral and bright; there’s an explosion of literary events, prizes and festivals; summer is a cumin’ in – and we’re still in the EU! So let’s do a bit of the old Carpe Diem this May!

European literature is having a growth spurt too. The Linguist magazine has just published a three-page spread about the 10th anniversary of the European Literature Network (you need to subscribe); The EBRD Literature Prize is on tour next week in Sarajevo (my first trip since I was at the BBC), where I’ll be meeting some of Bosnia’s best writers, including Faruk Šehić, and sharing with them the stories of our EBRD prize-winners Nora Ikstena, Olga Tokarczuk, Hamid Ismailov and their translators. Have you seen (or heard) the three Riveting Interviews we’ve made about them? All three video/audio podcasts are now available for free on our website – they are memorable interviews. Hamid Ismailov, the Uzbek author of The Devils’ Dance, and his translator Donald Rayfield (with John Farndon) will appear with me at the Hay-on-Wye Festival this May to talk about winning this major new European region literature prize. May is also the month that the winners of the Man Booker International Prize are announced – Olga Tokarczuk and Antonia Lloyd-Jones are shortlisted for that too.

As well as Wales and Bosnia, I’ll be in Norway this month participating in the annual ‘author planting’ in the Future Library – the brainchild of visionary artist Katie Paterson. Last year Elif Shafak wrote a novel to be buried for 100 years; this year it is Han Kang, who I will interview in Oslo’s National Library. The joyful news is that we hope to bring The Future Library to Britain too, supported by Edmund de Waal, Elif Shafak and the British Library. It’s all about supporting literature, language and libraries – watch this space for news. (By the way, Elif Shafak has written a new novel, 10 minutes, 38 seconds, and I’ll be interviewing her at both the Hay Festival on 1st June and the Victoria and Albert Museum on 21stJune – do not miss: the novel is a stunner.)

What would we do without The British Library? It’s the venue for the European Literature Night (a EUNIC event) featuring three poets I admire enormously: Valts Ernstreits, Olga Stehlikova andDoris Kareva. Doris Kareva alone is worth the visit – she is unforgettable.

Our very own West Camel was a guest speaker at April’s Creative Europe Funding seminar at Europe House. The good news is that funding will continue for literary translation after You Know What. Still on riveting matters, a reminder from our reviews editor, West Camel, that the deadline for this month’s Riveting Reviews is 13th May for publication on 17th May.

On June 6th – at a special event at Lambeth Writers’ Festival – we will publish  our next riveting magazine, The Queer Riveter, featuring European LGBT writers, the UK’s Paul Burston, Icelandic crime writer Lilja Sigurðardóttir and Polish poet and author, Jacek Dehnel. More details here.The European Literature Network is also supporting another key event, dedicated to the 90th birthday of Lithuania’s foremost Jewish writer, Grigory Kanovich. We reviewed his first novel in English translation in The Baltic Riveter and pride ourselves that we have helped promote this major European writer. Funding permitting, in the autumn, to coincide with the 30th anniversary of the fall of the Berlin Wall, we will publish The German Riveter.

Like so many of you, here at the European Literature Network so much of what we do is unpaid (aka ‘labours of love and passion’), but when our projects are well-funded it makes such a difference: funding from the Swiss Arts Council Pro Helvetia has resulted in The Swiss Riveter, collaborations with the British Library, the BCLT Summer School and, this April, with the European Poetry Festival, curated by the pioneering poet and curator Steven Fowler. Six Swiss poets participated and we’d now like to share with you the six short videos we filmed just before their performances at the Poetry Society Café in London. Steven Fowler himself filmed their actual performances, so you have the perfect ‘Before and After’. Watch Steven’s films and read his blogs about EPF2019 here.He has also published an anthology of European poetry, Europoe, which you can order via this link.

As I said, Carpe Diem, Carpe Europa!
Rosie the Riveter