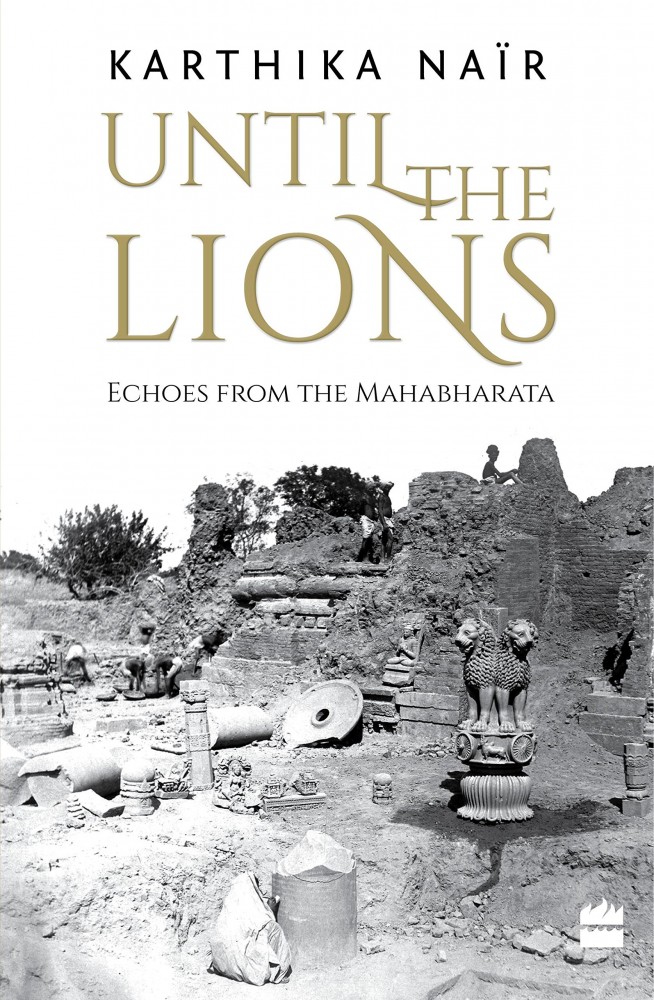 Launch of Karthika Nair’s “Until the Lions: Echoes from the Mahabharata”

Until the Lions: When Words Dance

Karthika Nair‘s Until the Lions: Echoes from the Mahabharata – the book that inspired Akram Khan’s dazzling new dance production – will receive its launch on  Saturday 9 January 2016, from 5.45 to 7.00 pm at The Sackler Space, Roundhouse, Chalk Farm, London NW1 8EH.

The author will discuss the book with Sanjoy Roy (Dance Critic, Guardian) and Farooq Chaudhry (Producer, Akram Khan Company) and read excepts from it.

Until the Lions is conceived as an echo of its great Sanskrit forerunner, the Mahabharata. It is an echo in which women drive the narrative and are its main characters, a vivid and compelling retelling from a female perspective of many of the stories from one of the world’s most venerated books.

The Indian edition of the book (published by HarperCollins India) won the prestigious 2015 Tata Literature Live! Award for Fiction.