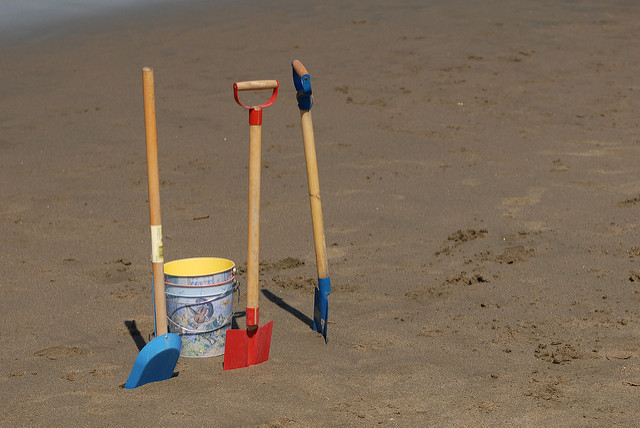 Journey to the Underworld by Meike Ziervogel

There is a big hole in our back garden. The Nymph – in red wellies and a yellow safety helmet on her head – is standing at the edge. She’s directing the three men who have nearly disappeared inside the hole to dig deeper and deeper. I’m observing the spectacle from the kitchen door.

‘I’m not paying for this.’ I point to where the men have now completely vanished. They are working fast.

‘No worries.’ Peirene waves at me smiling. ‘They are doing it for free.’

‘Building a tunnel to the Underworld?!’ I shake my head. I have never come across a builder who does anything for free. And especially not for such ludicrous project.

‘They understand it’s for a good cause.’ The Nymph turns her attention back to her workers. ‘Good job.’ Then she adds ‘Keep on going lads’ and, slightly self-consciously, she raises both of her thumbs towards them.

On Thursday evening at 11pm Peirene announced: ‘I might have to die.’ We were sitting in the train from Norwich back to London. I was dozing, content with the paper we had given at the University of East Anglia that afternoon on foreign literature and the symbolic meaning of plot.

‘Why?’ I didn’t open my eyes. Late at night the Nymph often has bizarre ideas.

‘To make a point that plot should never be taken at face value. Language is a system of symbols. And therefore anything created within language is always a symbol. It is never reality. I ‘m not sure the audience today got it. The Anglo-Saxons insist on taking plot literally. But I will show them. I will act it out. I will go down to the Underworld, stay there for a while, and then come back.’

‘That’s right.’ The Nymph next to me was getting excited. ‘And this will prove my point that nothing in literature is what it appears to be. A death in a story is not about dying, but might be about rebirth.’

Peirene has now stepped back into the kitchen. ‘How have you persuaded the men to do this job for free?,’ I ask, while she is putting on the kettle and preparing three cups of tea. ‘I can’t believe they are doing it for the love of literature,’ I add.

‘Well… ’ Peirene is pouring the milk into the tea mugs avoiding my eyes. ‘I told them if they do a fine job out there, you will employ them to redecorate the entire house, inside and out.’ She waves with the spoon in her hand towards the ceiling. ‘This place desperately needs a new coat of paint, you have to admit. It’s been nearly ten years. It will soon be embarrassing to let the Salon guests come here. We have to uphold standards.’ The Nymph flashes me a broad smile. ‘For the sake of literature.’

This blog was originally published as part of Peirene Press‘s series Things Syntactical. The Pain and Passion of a Small Publisher on 6 March 2016.