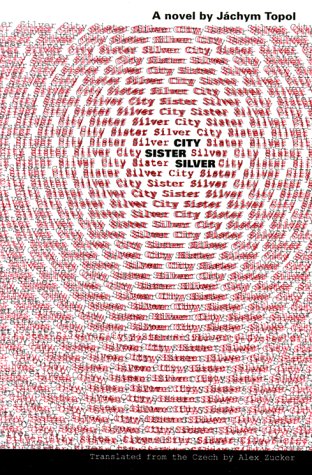 ‘City Sister Silver’, Alex Zucker’s translation of Czech author Jáchym Topol’s debut novel, is featured in the latest “festschrift” from Verbivoracious Press, titled ‘Volume 3: The Syllabus’, “a broad sweep of the most important exploratory fiction written in the last hundred years (and beyond).”

The publisher writes:
“A monument to our insatiable verbivoracity, ‘The Syllabus’ is an act of humble genuflection before the authors responsible for those texts which have transported us to the peak of readerly nirvana and back. The texts featured, chosen in a rapturous frenzy by editors and contributors alike, represent a broad sweep of the most important exploratory fiction written in the last hundred years (and beyond). Featuring 100 texts from (fewer than) 100 contributors, ‘The Syllabus’ is a form of religious creed, and should be read primarily as a holy manual from which the reader draws inspiration and hope, helping to shape their intellectual and moral life with greater awareness, and lead them towards those works that offer deep spiritual succour while surviving on a merciless and unkind planet. Readers of this festschrift should expect nothing less than an incontrovertible conversion from reader to insatiable verbivore in 225 pages.”​

Other books featured in the volume include ‘Finnegans Wake’ by James Joyce, ‘If on a Winter’s Night a Traveller’ by Italo Calvino, ‘Three Trapped Tigers’ by Guillermo Cabrera Infante, ‘The Museum of Unconditional Surrender’ by Dubravka Ugrešić, ‘Death on Credit’ by Louis-Ferdinand Céline, and ‘Varieties of Disturbance’ by Lydia Davis.