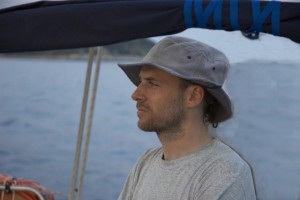 How to prepare an e-book to be readable on all devices? by Marko Hercog

E-books made a major splash around 2010, alongside a flood of formats resulting from the individual companies’ attempts to standardize their own idea of e-book “manufacturing” and their own hardware. After a brief volatile period, a unified format washed ashore with the major advantage of being created by an entity involving nearly all the key players in the field, the International Digital Publishers Forum (IDPF). ePUB was crowned king, backed by a clear development vision and sufficient support to make it a primary standard. Amazon was the only notable exception, and even their mobi format wasn’t as much about differences as it was about brand identity. The IDPF started crafting the future model of e-books on the grounds of a broad consensus and the beginnings were simple and straightforward enough, with seamless switching between various platforms. Then, new wishes and new demands began cropping up as the e-book was developing as a medium. No longer happily confined to the fiction or non-fiction novel, it aspired to be a textbook, an encyclopedia, a cookbook, a travel guide, and, not least, a children’s picture book featuring more than just words and images. IDPF then launched ePUB 3.0 whose specifications covered a vast range of new functionalities. It was here that things got complicated once again. Publishers, anxious to stay ahead of the curve, wanted to quickly switch to the new version, but the leap wasn’t feasible since there were practically no user applications that could support the full range of latest options. The IDPF responded by putting together the open-source Readium Foundation that was supposed to create a core for all future reading applications and make it available to interested developers. But since this kind of thing doesn’t happen overnight, individual developers started acting on their own. The base they used was mostly the same, sure, but end results varied extensively. As a consequence, the current state of affairs concerning reading applications resembles the old confusion with web browsers and their many iterations, and the situation is still ongoing. Checking with content providers at the Frankfurt or London book fair, everyone seems to be offering their own solution, not just when it comes to reading apps but also e-content formatting software. Publishers, naturally, want to make their e-book available on as many platforms as possible, and they find themselves in a pickle when it comes to the basic epub file. If all they’re dealing with is simple text and some images, the unified, cross-platform version will do a decent job. Enriched content, though, requires dedicated files according to the platform it is being distributed to. Depending on the reading application, even simple functionalities like comments will be displayed in different ways. Some will display them at the end of the paragraph, others in word balloons that open when the comment reference is tapped. Some enable toggling images full-screen, others display only the original size. Fixed layout e-books make things even more perplexing. Looking at the retailers grid, we can see that the successful placement of a book to all the key platforms now requires as many as four different e-book versions, almost the number of the webpage versions that had to be coded during the era of competing browsers. More parallels to the browser jumble. Nevertheless, the e-book predicament has its own quirks, since pages used to be projects that didn’t happen from one day to another and their production numbers were low. With e-books, the proportions are different. If physical publishing can depend on software solutions that format drafts nearly autonomously, the digital publishing sphere is far from enjoying such comfort. Certain solutions allowing for some level of automation do exist, from the conversion of available materials to the preparation of fresh e-books, but ultimately a degree of input must be provided manually to end up with a product that complies with all the major standards. It would seem that the state of affairs will not change in the near future either, as software still hasn’t caught up to industry needs in spite of developer efforts. For now, they’ve only been offering tools that make the work easier but don’t solve the underlying issue. Improvisation seems to be the principal instrument of the e-book publisher. Pure diversity – across the board.

This blog was originally published on ELit Literature House Europe‘s website on 29 February 2016.