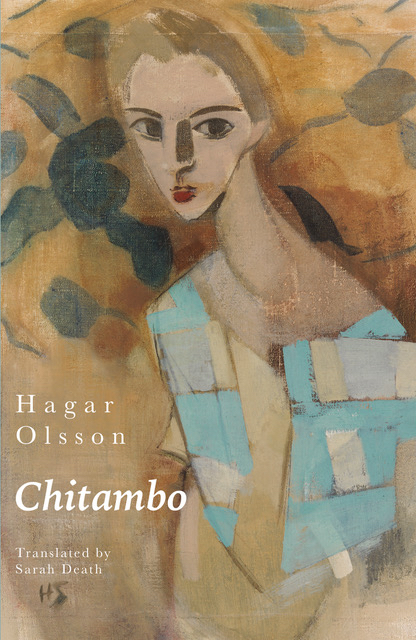 Translator Sarah Death marks the November 2021 Bernard Shaw Prize-shortlisting of this witty yet distraught 1930s Finland-Swedish novel with a presentation for the ELN website of her Translator’s Afterword.

Finland-Swedish writer Hagar Olsson (1893–1978) was for over half a century a forthright and influential presence in, not to say enfant terrible of, Finnish – and sometimes mainland Swedish – cultural life. Her friendship with the poet Edith Södergran, cut short by the latter’s early death, was crucial to her development as an author and reviewer. Highly conscious of international literary trends, Olsson introduced many new writers to a Nordic readership, and was in the vanguard of Finland-Swedish modernism alongside such names as Elmer Diktonius and Henry Parland.

Olsson made her fiction debut in 1916 with the expressionist novella Lars Thorman och döden (Lars Thorman and Death), and went on to publish a further twenty-one prose works in a variety of genres. She is probably most remembered for her novels Chitambo (1933) and Träsnidaren och döden (1940; The Woodcarver and Death, 1965) and the memoir Kinesisk utflykt (Chinese Excursion, 1949).

Chitambo was published by Norvik Press in 2020 in my translation, and the European Literature Network has kindly offered to reprint (with Norvik’s permission) my translator’s afterword: see below.

Find more about Chitambo, including a series of online tasters, and how to buy the book) and its partner title in Norvik’s prize-shortlisted Nordic female modernist duo, here.

There are many visual delights on offer in the blog post by Norvik’s designer Essi Viitanen about the process of choosing this period-appropriate cover image (a painting by Finland-Swedish artist Helene Schjerfbeck) here.

Prolific and multilingual Hagar Olsson belonged to the Swedish-speaking minority in Finland, which has produced more than its fair share of literary figures through the years. Her Chitambo, written in 1933, is a multi-layered revelation, the work of a writer coming to the top of her game, and splicing her fiction writing with all that she had learnt as a critic and cheerleader of European modernism.  Its themes are universal, international, national and personal, and many critics see it as her most important work of prose fiction. It is compelling storytelling, and full of scathing humour, particularly in the episodes in which the mature protagonist looks back on her own youth, episodes which Ellen Rees characterises as ‘at times exuberantly comic, and always full of irony at the expense of the narrator’s younger self’ (2005, p. 133).  Although, as the notes to this translation will testify, this is a novel bursting at the seams with references and quotations from very diverse sources, Olsson wears her learning, if not exactly lightly, then rather attractively, and the novel is eminently accessible.

Above all, it is an entertaining novel, and although the reader will readily absorb a lot about Finnish history, society and temperament as well as about girlhood rebellion and self-discovery, we are carried along by the story of Vega Maria, invigorated not only by the fresh breezes of a vividly evoked port city but also by the winds of change and revolution blowing across Europe.

The structure of Chitambo can be described as modernist in, among other aspects, its departure from a traditional nineteenth-century chronological narrative. Although modern readers are very familiar with shifting perspectives and timelines, they still need to retrospectively construct the precise nature of the events that have caused Vega Maria such emotional anguish. Tancred’s move to Stockholm, for example, so painstakingly orchestrated by Vega, and his subsequent betrayal in returning to Finland, to his mother and to war, is conveyed in nothing but a few disjointed glimpses.

Chitambo in fact seems a novel designed to dazzle and disconcert, and in doing so, it adopts an array of guises. George Schoolfield, whose 1973 article remains, for me, one of the most thorough and thoughtful English-language contributions to Olsson studies, notes that the title Chitambo brings to mind the name ‘Chimborazzo’, which had occurred in the work of several Nordic modernist poets over a decade earlier, and ponders why this Olsson novel had not, by the time he wrote his article, been rated as highly by the critics as some of her other works. He attributes it in part to the novel’s refusal to be categorised:

But what can be done with Chitambo, whose very title has the ring of modernism, yet which leads us into the world of nineteenth century explorers and beyond; where the time of narration embraces contiguous but distinct epochs in Finnish history; where the heroine’s attitude towards a variety of matters […] is by no means clear […]? (p. 224).

Yet even before Chitambo, Olsson was not easy to pigeonhole. Her works in the preceding years were all very different from it, and from each other. In 1927, for example, inspired by playwrights such as Strindberg, O’Neill and Pirandello, she wrote her first play, Hjärtats pantomim (Pantomime of the Heart), a stylised drama in four tableaux about human emotions.  In the novel På Kanaanexpressen (On the Canaan Express, 1929), by contrast, she used state-of-the-art stylistic devices of collage and photomontage to conjure up a nightmarish vision of people living as cogs in a machine, until chaos and hopelessness give way to a quest for light, ultimately making it a hymn to human bravery and clear-sightedness. She also wrote other plays in this period: SOS (1928) on themes of chemical warfare and pacifism; and Det blå undret (The Blue Miracle, 1932) about a sibling clash between Communism and Fascism. It is interesting that among the Finland-Swedish modernists, she was the only one to engage with the theatre.

Hagar Olsson is still little translated into English and little known in the anglosphere, but in working on this translation and Afterword I have gratefully drawn on the published research of several generations of Olsson scholars. Earlier studies took a traditional biographical approach, but more recent research has opened up interesting angles such gender ambiguity and queer theory. This is not a piece of academic writing but an introductory survey, intended to set Hagar Olsson and Chitambo in their wider context. It is also a chance to make a few personal observations and to reflect on the challenges and the pleasures of translating this compelling work, which in many respects still feels fresh and innovative. For those keen to know more, the translation (published by Norvik Press in 2020) is available via the link below and contains the full Afterword and suggestions for further reading.