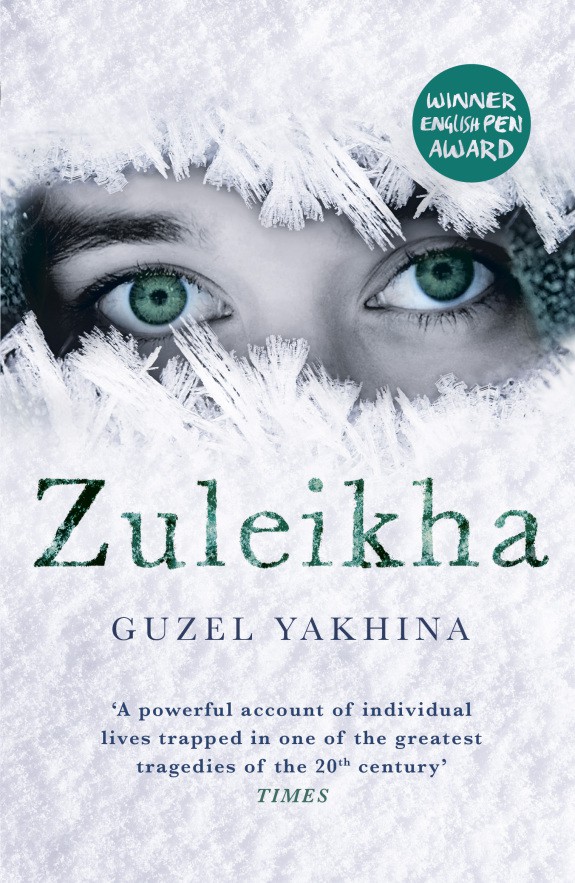 From ZULEIKHA by Guzel Yakhina, translated by Lisa C. Hayden

The horse neighs plaintively, showing her crooked yellow teeth and pawing at the ground. The foal hurriedly sucks at the udder, looking sideways at Ignatov with eyes like dark plums. Ignatov swings his arm and beats the mare’s flank with the back of his hand: Move it! The horse neighs louder, shakes her head, and stands. To the flank again. Move it, I’m telling you! Move it! To hell with you, you damned demon! The horses standing nearby are agitated, adding their wary voices and rearing.

“She won’t go,” Slavutsky stubbornly repeats. “Even if you beat her to death. She’s a mother, that’s all there is to it.”

He’s harping on it, that officer ass. He came over to the Red Army ten years ago and his way of thinking still isn’t theirs, isn’t Soviet.

“We’ll have to give in to the mare, won’t we, comrade Ignatov?” Nastasya raises her brow, stroking her horse’s neck, calming him.

Ignatov grabs the foal’s flank from behind and tugs, attempting to tear him from under the udder. The foal’s legs twitch like locusts and he slips under his mother’s belly, to the other side. Ignatov topples backwards into a snowbank; the foals continues feeding. Nastasya laughs melodiously, her breasts pressing against her horse’s shaggy mane. Slavutsky turns away, flustered.

Cursing, Ignatov rises to his feet and brushes the snow from his hat, overcoat, and breeches. He flaps his arm at the sledges that have gone ahead:

And now the cavalrymen are galloping to catch up with the front of the detachment: Stop! Rest until further command!

Ignatov takes off his pointy hat, wipes his reddened face, and casts angry glances at Zuleikha.

“Even your mares are counterrevolutionaries!”

Guzel Yakhina (b. 1977 Kazan, Tatarstan) is a Russian author and filmmaker of Tatar origins. She graduated from the Kazan State Pedagogical University and completed her PhD at the Moscow Filmmaking School. Zuleikha is her first novel.

Lisa C. Hayden‘s translations from the Russian include Eugene Vodolazkin’s Laurus, which won a Read Russia Award in 2016. Laurus and Lisa’s translation of Vadim Levental’s Masha Regina were both shortlisted for the Oxford-Weidenfeld Prize. Her blog, Lizok’s Bookshelf, examines contemporary Russian fiction. She lives in Maine, USA.