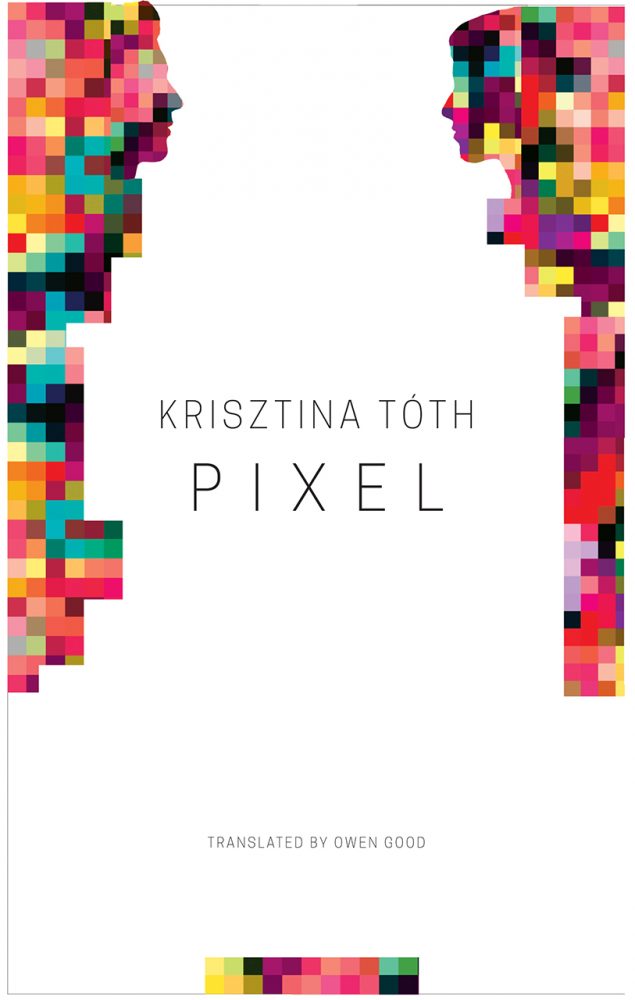 From PIXEL by Krisztina Tóth, translated by Owen Good

From “The Neck’s Story”

In ’78 she went to the West for the first time in her life. Not that she went so often later on, but that first trip had been particularly memorable. She’d been invited to a conference in Ulm. The girls were still small and her husband was watching them. It wasn’t customary for the doctors to bring X-ray assistants along, especially not for a five-day conference in the West. She assumed the senior consultant had arranged the trip, and she also assumed that he wanted something from her.

When they pressed up against each other in the corridor one night, she knew she’d end up following him into his room. Both of them had been drinking and it was hitting her pretty hard. Heads spinning, they fell onto the bed and made love until dawn when, at about five o’clock, the doctor sobered up and quietly slipped off, as though he had been called to attend a patient.

She didn’t get up until half past eight. In the bathroom she noticed that he had given her a hickey on her neck. Nothing like this had ever happened to her, and she began to worry that it wouldn’t disappear within three days. She had her breakfast in the hotel, then set off into town with her travel allowance. She ended up in the women’s section of a department store. The sex-filled night and the free morning in front of her were liberating, and she didn’t feel the customary, sudden pang of guilt that overcame her anytime she set about shopping for herself.

She stepped into the fitting room with a red low-cut dress. She would never have picked such a showy dress for herself at home, but here she figured she could pull it off. She saw herself in the mirror and a woman’s sky-blue eyes stared back, the type of woman who could easily wear red for a few more years.

Krisztina Tóth is one of Hungary’s most highly acclaimed poets and writers. She has won a great number of awards, and her poetry, as well as her short stories have been translated into many languages. She lives in Budapest where, apart from writing, she leads seminars on creative writing. She is a noted translator of, among others, literary fiction, children’s literature and song lyrics from French.

Owen Good, born in Northern Ireland, studied Hungarian language and literature at the School of Slavonic and Eastern European Studies, London and is now based in Budapest. He teaches at Péter Pázmány Catholic University, and is co-editor of Hungarian Literature Online. His work has been published in Asymptote, Hungarian Review, Hungarian Quarterly and Dalkey Archive Press’s Best of European Fiction 2016. Good has translated books by Éva Péterfy-Novák and Réka Mán-Várhegyi.