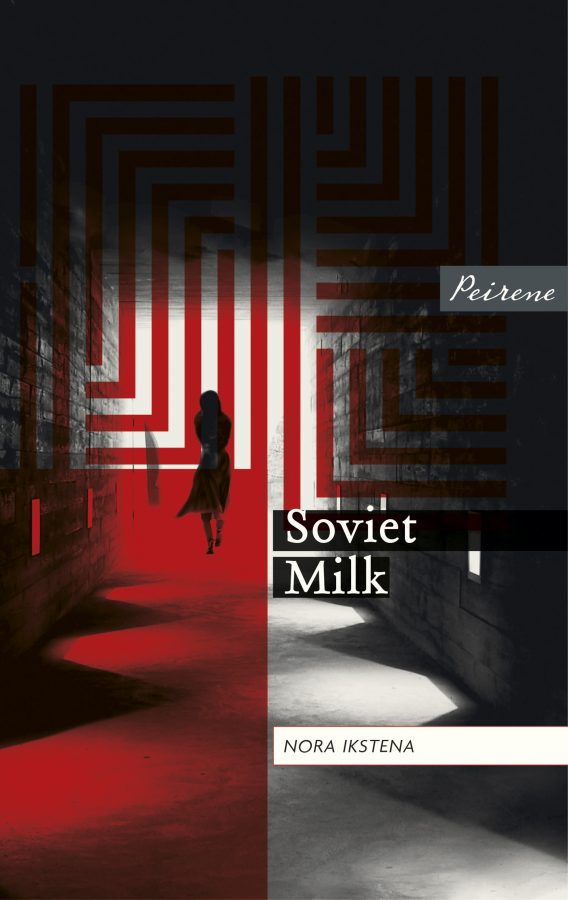 From SOVIET MILK by Nora Ikstena, introduced and translated by Margita Gailitis

Nora Ikstena’s magnificient Soviet Milk was most worthy of my efforts as a  translator in tackling its inherent challenges. How to communicate the nuanced differences of voice of the two protagonists, mother and daughter, as they alternate in telling their story? How to faithfully present the backdrop of the novel of Soviet-occupied Latvia with its often absurd, mind-numbing and destructive day-to-day in order to understand its impact on the protagonists and the development of the tragic events? Given the novel’s substantial biographical aspect, I felt a particular responsibility to render the many overwhelmingly sad moments in the narrative with the sensitivity they deserved. I hope I have succeeded.

I don’t remember 15 October 1969. There are people who swear they remember their birth. I don’t. It’s likely that I was well positioned in my mother’s womb because the birth was normal. Not particularly long, nor particularly short, with the last contractions coming every five minutes. My mother was twenty-five, young and healthy. Her mental state, though, was not so healthy, as I learned later.

I do remember, or at least I can picture, the golden, tender calm of October, alternating with forebodings of a long period of darkness. It’s a kind of boundary month, at least in the climate of this latitude, where seasons change slowly and autumn only gradually gives way to winter.

Probably leaves were falling, and our bad-tempered concierge raked them up in the courtyard. She had come from Kyrgyzstan with her family and been allocated a flat in our building at 20 Mičurina Street. Her slant-eyed little girl sat on the windowsill, slurping borscht and cheerfully inviting everyone into their flat. The pre-war grandeur inside the flat had been modified to reflect the Kyrgyz woman’s idea of beauty. The previous inhabitants, a Jewish family, had abandoned the flat in 1941, when deportation to Siberia saved them from having to wear the yellow stars on their backs a few months later in Nazi-occupied Riga. Now heavy rugs covered the parquet, the porcelain dishes were filled with sunflower seeds and spittoons stood on the piano lid. Times and religions had commingled. And that’s how it was in the entire building, where I was carried up to the thirteenth flat, carefully swaddled like a chrysalis, as the custom was in those times.

Now and then I have a dream from which I wake feeling sick. I’m clinging to my mother’s breast and trying to suck on it. The breast is large, full of milk, but I can’t get any out. I don’t see my mother, she doesn’t help me, and I’m left to struggle with her breast on my own. But suddenly I succeed and a bitter, repulsive liquid spurts into my mouth. I gag and wake with a start.

My mother was a young doctor. Perhaps she knew that her milk would have caused more harm than good to her child. How else to explain her disappearance from home immediately after giving birth? She was missing for five days. She returned with aching breasts. Her milk had stopped flowing.

In despair my grandmother fed me camomile tea for two days. Then she went to the infant clinic. The suspicious doctor berated her in Russian and insulted my mother for abandoning me. But eventually he wrote out a note authorising my grandmother to receive infant milk formula for me.

During the twenty years that I lived with my mother, I wasn’t able to ask her why she had deprived me of her breast. I wasn’t able to because I didn’t yet know she had. Anyway, it would have been an inappropriate question because, as it turned out, I was forced to become her mother.

I don’t remember 22 October 1944. But I can reconstruct it. Riga has just been liberated from the Nazis. Bombs have shattered the maternity ward’s windows. It is damp and cold, and the women who have just given birth helplessly wrap themselves in their bloodied sheets. Exhausted nurses and doctors are bundling up dead newborns and drinking as they work. An epidemic that everyone is calling nasal typhoid fever is raging through the hospital. Sounds of wailing, bombs whistling in the air and, through the windows, the smell of burning. My mother has sneaked me out of the ward, bound to her chest, and is squirting her milk into my nose. Pus, milk and blood together drip from my tiny nose. I gag and breathe, gag and breathe.

Then there is silence. A horse pulls a wagon on a sunny autumnal road from Riga to Babīte in the outskirts. My father stops several times to allow my mother to feed me. I no longer gag but breathe calmly and greedily suck my mother’s milk. In the Babīte forest district we have a lovely house, barely furnished and without a cradle, but my mother makes up a bed for me in a suitcase.

Each morning my father inspects his young spruce trees. When Christmas arrives, a heavy lorry full of soldiers roars into the courtyard. They shout in a language my parents don’t understand, jump out from the vehicle and begin to fell the young spruce trees. My father locks my mother and me in the back room, where she hides me in a suitcase pierced with holes so I can breathe. Then he runs out of the house yelling ‘Bastards, scoundrels!’ in an attempt to save his trees. The soldiers beat him until he bleeds and throw him into the back of the lorry with the hewn trees. They search the house, banging at all the doors. Holding her breath, my mother crouches in a wardrobe in the locked room, holding the suitcase with me inside it on her knees. The soldiers are ransacking the house, the noise is horrendous. Finally all grows quiet and we listen to the sound of the engine as they drive away.

Towards morning my mother climbs out of the wardrobe. She feeds me, ties me to herself, dresses warmly and heads back to Riga on foot. It is late evening when we arrive at our flat on Tomsona Street, soon to be renamed Mičurina Street. My mother is exhausted but she still has to tape over the windows shattered by bombs during an air raid. Otherwise we would both freeze.

Poet and translator Margita Gailitis was born in Latvia and emigrated to Canada as a child. In 1998, she returned to Riga, Latvia, and has focused her energies on literary translation and poetry, translating some of Latvia’s finest writers. She has published her own poetry, receiving awards from both the Canada Council for the Arts and the Ontario Arts Council.