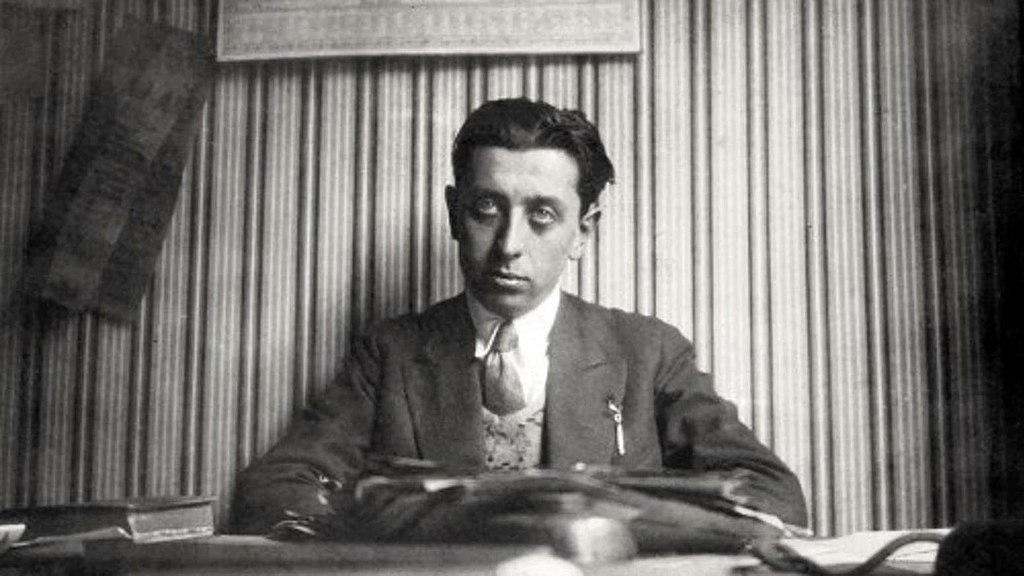 As a young man, Robert Desnos joined Breton’s Surrealist group and became the master of ‘automatic’ speech and writing. But by 1928, Desnos’ life had entered a turbulent phase – he had given up hoping for a relationship with Yvonne George, who was dying of drink and drugs, and instead looked for permanent happiness with Youki Foujita (Lucie Badaud), who later became his wife. During the Second World War, Desnos became an active resistant, writing many sonnets and anti-war poems, most of which he managed to get past the censor but in 1944, he was arrested and sent as a slave labourer to Auschwitz, then to Buchenwald. He died of typhus at Terezin in June 1945. Like Brecht, Desnos wrote for a mass audience, albeit an imaginary one, but without Brecht’s specific politics, or his bitterness.