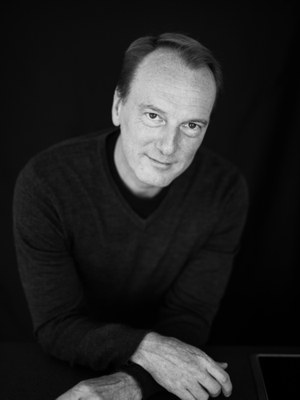 At times of uncertainty the forecasters and pundits experience boom conditions. But I approach it like Francesca Melandri (whom I admire a lot – it was a fabulous discussion between her and Katja Gasser at the prize award ceremony): I know that plenty will change in the world, but I don’t know what and how. That’s about the only thing that you can say for definite. Right now, you can hardly predict anything realistically (except for an economic crisis), our global system is much too complex for that.
Besides, the world is permanently changing, sometimes more, sometimes less. It’s actually interesting that especially when major events occur you divide time into “before” and “after”, past and future.

With all due respect for the efforts of so many people who now predict the future, I regard all of these attempts either as rash wishful thinking and/or morale-boosting slogans/inspiration and/or propaganda, more or less clearly camouflaged as “forecasts” (I find it particularly amusing among all the self-appointed futurologists with their convoluted pseudoscientific “models” and explanations).

Many will be accidentally correct with their predictions, many naturally wrong. Perhaps even both, depending on the timescale and part of the world (perhaps we’ll rediscover solidarity first before we have conditions like in the 1930s and populist extremists take over power with a police state? Or vice versa? Perhaps one thing is happening in some countries (see e.g. the current news  and another thing in parallel in other countries (see Hungary) …)

I prefer not to join in reading the coffee grounds.

Therefore, I cannot give any insight into how Europe will look. Because: I don’t know and nor do I assume anything.

So, for me the only interesting – and possible thing – is not predictions about how the world will be, but how we want to order it. In my latest novel, “Gier” (“Greed”) I presented fairly clear scientific insights about this and took a view on them. I already found that interesting before coronavirus and I will continue to do so.

This blog was originally published on ELit Literature House Europe website on 4 June 2020.