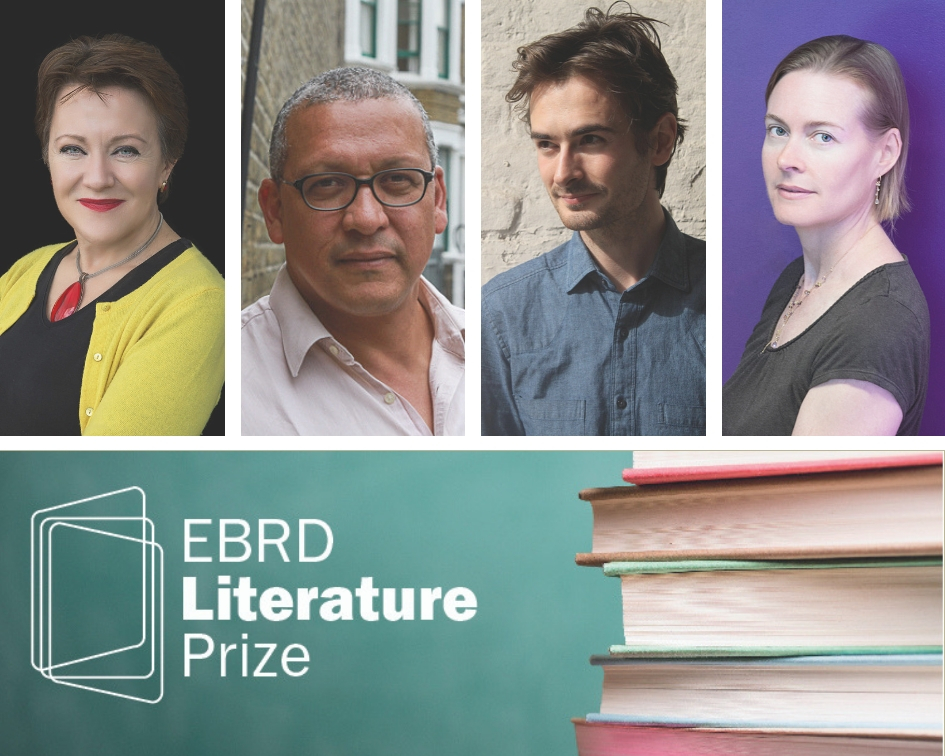 Oct 26, 2018 • No comments
The European Bank for Reconstruction and Development, the EBRD, is pleased to announce the call for submissions to the EBRD Literature Prize 2019. The EBRD works in partnership with the British Council in developing and promoting the Prize.The Prize recognises the extraordinary richness and variety of cultures, history and voices in the EBRD region – a region stretching across central and eastern Europe, Central Asia, the Western Balkans, Turkey, the southern and eastern Mediterranean and northern Africa.

The EBRD Literature Prize 2019 will be awarded to the year’s best work of literary fiction translated into English and originally written in any language of the EBRD’s 38 countries of operations.

The deadline for submissions is 1 November 2018. Submissions may only be made by UK-based publishers for books translated into English for the first time in the period between 15 November 2017 and 14 November 2018.

This is now the second year of the EBRD Literature Prize – one of the few international literature prizes which recognises both author and translator. The Prize not only rewards the writer for voicing the hopes, aspirations and challenges facing people across our regions, but also acknowledges the key role of the translator in making these stories widely accessible to the English-speaking public.

The first prize, worth €20,000, will be equally divided between the winning author and translator. Two runners-up and their translators will receive a prize of €1,000 each.

This year’s judges met in London last week to discuss the 2019 Prize and are keen to encourage as many submissions as possible, also from lesser known cultures and new voices.  The 2019 EBRD Prize judges are:

As Rosie Goldsmith says: “Our 2018 winners were exceptionally good and set the bar very high.  My 2019 judging panel is committed to building on this great start by tracking down those outstanding new international publications which we hope will grace your bookshelves in 2019”.

One of the key aims of the EBRD Literature Prize is to introduce readers across the world to international fiction in English from these less well-known regions, increase their readership, and encourage publishers to publish more in English translation.

As Samantha Schnee states, “The EBRD Literature Prize is important because it explores fine writing from a broad range of countries, many of whose literatures remain severely under-represented in the English language”.

Ted Hodgkinson believes that the sheer range of the Prize’s reach, “punctures the Anglophone bubble and attunes us to lives and cultures far from our own”.

Furthermore, Gabriel Gbadamosi believes that the EBRD Literature Prize “is one of the ways in which societies and people as far apart as Central Asia, eastern Europe and North Africa can become conscious of each other – through their writers and literature, their life-blood, their stories, made available in English translation”.

The longlist will be announced in January 2019, the three finalists in February and on 7th March 2019 all three finalists – the writers and translators – will be invited to London to participate in an awards ceremony and discussion at EBRD headquarters in March 2019.

The first EBRD Literature Prize, won by the Turkish author Burhan Sönmez and his translator Ümit Husseinfor the novel “Istanbul, Istanbul” in April 2018, attracted a wealth of submissions and introduced readers to a wide range of literature from countries as diverse as Albania, Croatia, Morocco, Russia and Turkey.  Read more about the finalists and the shortlisted titles from the first EBRD Literature Prize 2018  here.

The 2018 Prize went on to attract wide interest, with dedicated events at both the London Book Fair and the Hay-on-Wye Literary Festival. Like them, the EBRD Literature Prize is key to widening the audiences, appreciation and readership for translated literary fiction, in general.

Books for consideration must be works of literary fiction written originally in any language – whether an official or minority language – from any country where the EBRD invests and they must be translated into English.

Submissions for the EBRD Literature Prize 2019 may only be made by UK-based publishers for books translated into English for the first time in the period between 15 November 2017 and 14 November 2018.

The deadline for submission is 1 November 2018. Find out more about the competition.

The EBRD is a multilateral bank that promotes the development of the private sector and entrepreneurial initiative in 38 economies across three continents.  It combines investments with policy dialogue and, through activities like its Community Initiative, also reaches out to support local societies and knowledge about EBRD countries.

Rosie Goldsmith (Chair of the Judging Panel) is an award-winning journalist specialising in arts and foreign affairs.  In twenty years at the BBC, she travelled the world and presented several flagship programmes. Rosie is a linguist and has lived in Europe, Africa and the USA. Today she combines journalism with chairing and curating literary events and festivals for leading cultural organisations.  Known as a champion of international literature, translation and language learning, she promotes them whenever she can. She is Founder and Director of the European Literature Network. www.eurolitnetwork.com

Gabriel Gbadamosi is a poet, playwright, and novelist. His London novel Vauxhall (2013) won the Tibor Jones Pageturner Prize and Best International Novel at the Sharjah Book Fair. He was AHRC Creative and Performing Arts Fellow at the Pinter Centre, Goldsmiths, a Judith E. Wilson Fellow for Creative Writing at Cambridge University and Royal Literary Fund Fellow at City & Guilds of London Art School. He was a presenter of the arts and ideas programme Night Waves on BBC Radio3, a director of Wasafiri magazine for international contemporary writing and is a trustee of Arcola Theatre, London.

Samantha Schnee is the Founding Editor of Words Without Borders, dedicated to publishing the world’s best literature translated into English. She previously worked for Andrew Wylie as his assistant, then for Francis Coppola, launching his literary magazine, Zoetrope: All-Story. Her most recent translation from Spanish, of Mexican author Carmen Boullosa’s TEXAS: THE GREAT THEFT (Deep Vellum, 2014), was shortlisted for the PEN America Translation Prize and won the Typographical Era Translation Award. She currently serves as secretary of the American Literary Translators Association. She also chairs PEN America’s Heim Translation Grants jury and is a trustee of English PEN.