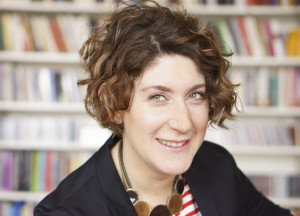 I was sitting on the sofa chatting to two friends about books – those I’ve read and forgotten, and those I have to read and forget; about phrases that would stand the test of time, and stories that had become my own; about pages that were torturously waded through like walking through deep snow in winter, and memories that were still a vague feeling. Book titles appeared, mingled with front cover pictures, and the letters of the writers’ names illicitly changed the order. One of us was holding her mobile phone in her hand; Amazon was helping out. I winced.

In Hamburg I have this one friend. He was my housemate, well sort of; he was a fellow housemate’s boyfriend who lived part-time with us. He was an engineer, and I never did have or now have many engineer friends, except for him. He read. I read. That’s how the friendship worked. We left each other books by the door that we’d finished reading. At weekends we rummaged around for hours in book stores and flea markets, returning home in the evening with our prize, heated a Gorgonzola pizza and flung about writers’ names and book titles, read paragraphs out loud to each other and compared underlined sentences. If we hadn’t seen each other for a long time, the first question was never, “How are you?”, but “What have you read recently?” I inevitably read whatever he recommended and I hurled insults at him about the tips, which I didn’t like.

So here I was sitting with two friends and Amazon took over this job. I entered a name and Amazon spewed out five others: you might also be interested in… Customers, who purchased this book … and so on. I typed in the first three letters and Amazon spat out the writers’ names. My friend’s shopping list told me what she had read and her wish list revealed what she was in the mood to read. I was annoyed, more as a matter of principle than out of conviction; I found it incredibly practical. For the first time in months I had to think of my friend in Hamburg – Amazon was a little like him. Only an hour beforehand and I was ranting about e-readers. Pages that whisper to you just can’t be replaced by screens; coffee stains on the pages revealed tell-tale signs of how you read, and how the coffee was spilled because you couldn’t put the book down at breakfast. But you can cope without a book lover that gives tips based on algorithms.

This blog was originally published on ELit Literature House Europe on 27 August 2015.