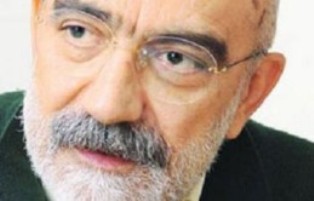 One of Turkey’s most significant writers, Ahmet Altan has worked in many positions within the Turkish press from reporter to editor-in-chief and written nine novels including three bestsellers. He has been awarded the Grand Award of the Akademi Publishing House, the Yunus Nadi Novel Prize, the prestigious ‘Prize for the Freedom and Future of the Media’ by the Media Foundation of the Sparkasse Leipzig and the International Hrant Dink Award.

This year, Altan will be published in the UK for the first time, with his bestselling novel ‘Endgame’, an existential thriller about desire, ambition and humanity due out in August, published by Canongate. Led by a deeply untrustworthy narrator, ‘Endgame’ is a detective story turned on its head, starting with a murder and asking the questions who was killed and why?

To celebrate the launch of ‘Endgame’, English PEN and Canongate are pleased to be joining forces to bring Ahmet Altan to the Arcola Theatre, where he will be joined by barrister, author, professor and English PEN trustee Philippe Sands QC to talk about the novel, his invaluable contribution to Turkish journalism and literature, and threats to freedom of expression in Turkey.

“A deeply compelling and immersive narrative about love, desire, loneliness and landscape. Ahmet Altan is one of the foremost voices in Turkish literature and has much to say to the world’” – Elif Shafak

“An impassioned, captivating dance, a waltz between death and desire that does not release you for even a single moment” – Philippe Sands