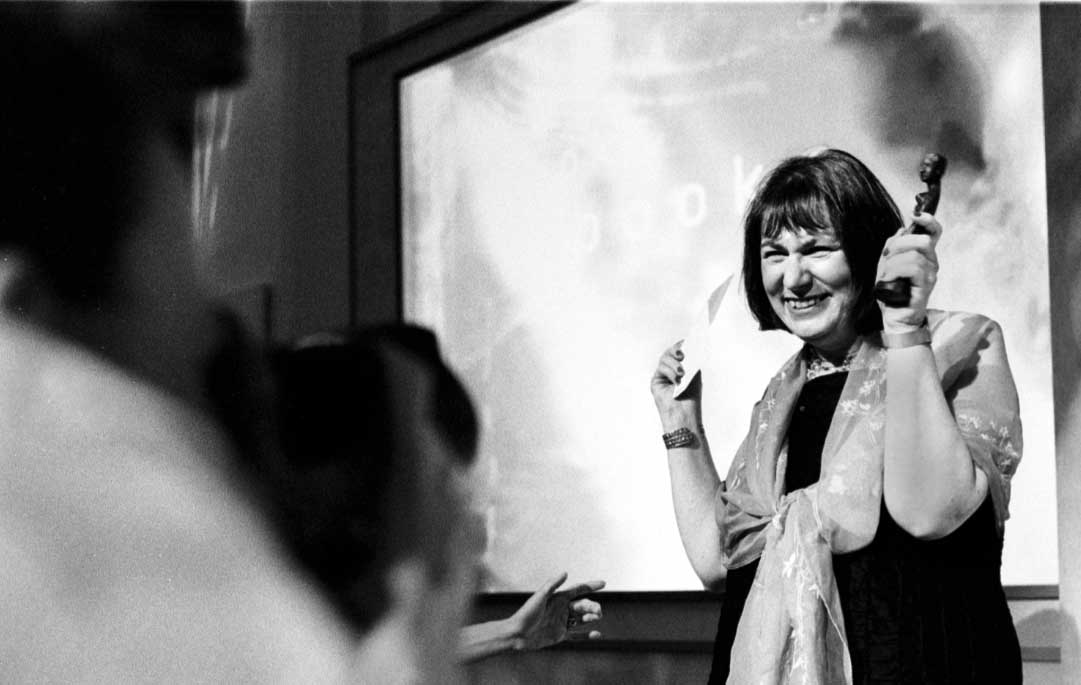 Linda Grant is the next writer talking Fashion and Fiction at the V&A. The event will be chaired by Rosie Goldsmith and is on 29 September.

Linda Grant was born in Liverpool on 15 February 1951, the child of Russian and Polish Jewish immigrants. She was educated at the Belvedere School (GDST), read English at the University of York, completed an M.A. in English at MacMaster University, Hamilton, Ontario and did further post-graduate studies at Simon Fraser University, Vancouver, Canada, where she lived from 1977 to 1984.

Her first book Sexing the Millennium: A Political History of the Sexual Revolution was published in 1993. Her first novel, The Cast Iron Shore, published in 1996, won the David Higham First Novel Award and was shortlisted for the Guardian Fiction Prize.

Her second novel When I Lived in Modern Times, set in Tel Aviv in the last years of the British Mandate, published in March 2000, won the Orange Prize for Fiction and was shortlisted for the Jewish Quarterly Prize and the Encore Prize.

Her novel Still Here, published in 2002, was longlisted for the Booker Prize. Her non-fiction work The People On The Street: A Writer’s View of Israel, published in 2006, won the Lettre Ulysses Prize for Literary Reportage. Her Booker Prize shortlisted novel The Clothes On Their Backs was published in February 2008 and won the South Bank Show award. Her most recent novel We Had It So Good was published by Virago in January 2011, and her new novel Upstairs at the Party will be published in July 2014.

She has written a radio play, ‘Paul and Yolande’, which was broadcast on Radio 4 in October 2006, and a short story, ‘Lucy In The Sky With Diamonds’, part of a week of stories by Liverpool writers commemorating the 40th anniversary of the Beatles, Sergeant Pepper’s Lonely Hearts Club Band, broadcast in July 2007.

In July 2012 Linda received an honorary doctorate from the University of York. She lives in North London.

Don’t miss Linda Grant at the V&A on 29 September!