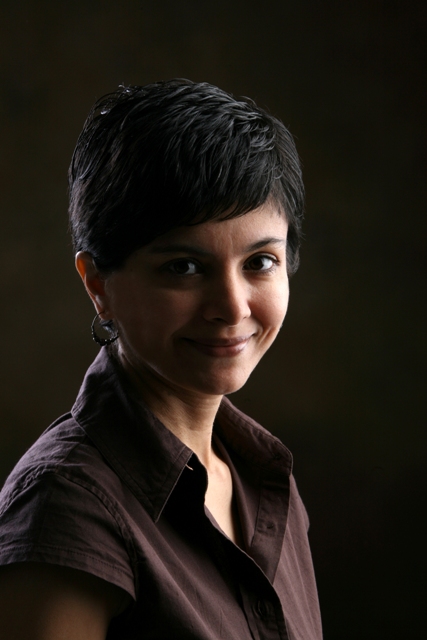 10×10 is a series of 10 minute podcasts with presenter and journalist Rosie Goldsmith commissioned and originally published by the Commonwealth Writers. In each podcast Rosie spends 10 minutes talking to authors from five different parts of the world.

The podcasts include Margaret Atwood from Canada, Jamaica’s Lorna Goodison, Welsh Fflur Dafydd and Kenya’s Binyavanga Wainaina. Each podcast features an interview with the author about their life, writing and motivation as well as a reading from their work.

Jahnavi Barua is an Indian writer originally from Assam and now based in Bangalore, where she works as a doctor. ‘Next Door’, her 2008 collection of short stories, received widespread critical acclaim and her first novel, ‘Rebirth’ (2011), was shortlisted for the Man Asian Literary Prize 2011. She read and discussed her work with writers Jeet Thayll, Nilanjana Roy and Rana Dasgupta in a Commonwealth Writers event at the Oxford Bookshop in New Delhi. Listen to the podcast with Jahnavi Barua.