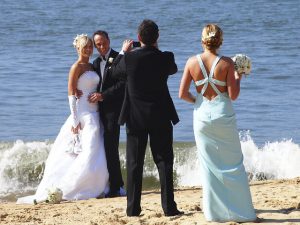 Jun 27, 2017 • No comments
Travel magazines are strewn across the office floor. Peirene is sitting in the middle, cross legged, with an open laptop in front of her. I glance over her shoulder. She’s clicking though images of luxury hotels overlooking white sandy beaches and turquoise oceans.

‘Planning your summer holidays?,’ I inquire.

She shakes her head. ‘Wedding.’ Then she points to an image. ‘I’m thinking of celebrating it back in my home country. I hope you will join us on a Greek island.’

‘For your wedding?’ I’m utterly surprise. Until this moment, I wasn’t aware that Peirene is seeing someone. She’s kept very quiet about it. ‘Whose the lucky one then?’

She nods. ‘When it was announced last week that he is using half of his prize money for winning the International Dublin Literary Award to set up a new award for first time literary translator, I knew that he was the man. I need to act quickly. His type doesn’t come along often. When did you last hear of a writer winning a substantial sum, and then using it to stimulate the book industry? Absolutely amazing. He deserves my love. And so I’ve agreed to tie the knot.’

‘He has asked you to marry him?’ How could I have missed such developments in my vicinity?!

The Nymph blushes. ‘Not directly. But since he agreed twice to chair a salon last year, I put one and one together. Why else would an unmarried man agree to do this? But I think he’s shy so I have decided to take the initiative. I’m getting everything ready and then I’ll surprise him. I can’t wait to see his face. So, are you and your husband coming? And whom else should I invite? James and his girlfriend?’

I’m thinking quickly. How can I prevent the Nymph from raising her hopes? Danny is a very nice man but I doubt he is ready to marry an Ancient Greek Nymph.

I sit down next to Peirene. ‘I’m not sure he’s the marrying type,’ I say gently.

Peirene immediately shakes her head. ‘No, no. You’re so wrong. The only reason why he isn’t married yet, is because he’s been waiting for me.’

I sigh. ‘Well, you could be right.’ I don’t want to hurt the Nymph. ‘Yet, I’m not convinced that you are the marrying type either. Marriages are hard work. Lots of compromises and negotiations. Quite boring stuff really.’

The Nymph looks at me in alarm. ‘Negotiations? Compromises?’ She looks away and glances at the travel magazines. I sense my opportunity. ‘The summer holidays are coming up’ I say ‘why don’t we organise a trip to a lovely Greek Island? What about this one?’ Peirene shakes her head and turns the page ‘No, Meike, I think we should go to this one. Fewer tourists. More typically Greek’.

For half an hour we discuss Greek islands. The danger has passed.

This blog was originally published as part of Peirene Press‘s series Things Syntactical. The Pain and Passion of a Small Publisher on 26 June 2017.