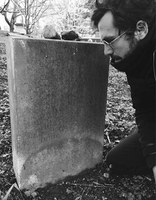 Experimentation is not something new in poetry and cannot only be confined to the early 20th Century European avant-garde. Every experiment in different literary contexts is a new experience. What distinguished, for instance, Burroughs and Gysin’s cut-up method from the Dadaist montage was not its technique per se, but the new intellectual or literary venue that it opened up within different literary contexts. The Indo-Persian strand of Sebk-i Hindī (the so-called Indian Style) found new meanings in Ottoman court (dīvān) poetry in the 17th Century and extended the semantic connotations of classical Persian mażmūn(complex metaphorical imagery) into the absurd and the ineffable. In that regard, the most important testament of previous historical experimentation, save the European avant-garde context, within the western canon is probably Dick Higgins’ Pattern Poetry: Guide to an Unknown Literature (1987).

Similarly, the vefks (talismanic visual prayers in verse) by the 15th-Century Istanbulite Sufi of the Zeyniyye school, Şeyh Vefā, have an ambitious visual content, and the lettrist poems of the Ḥurūfīs of the 15th-Century have also arguably similar literary and experiential quality with Isidore Isou’s Lettrism. Bangladesh’s Hungry Poets, originated in Calcutta,could have affinities with the Beatniks in terms of style; however, what they were opposing politically and socially had different sensibilities and realities. Experimentation is universal and ever-evolving, and cannot simply be reduced to one nation or a single literary canon.

This blog was originally published on ELit Literature House Europe website on 13 September 2017.