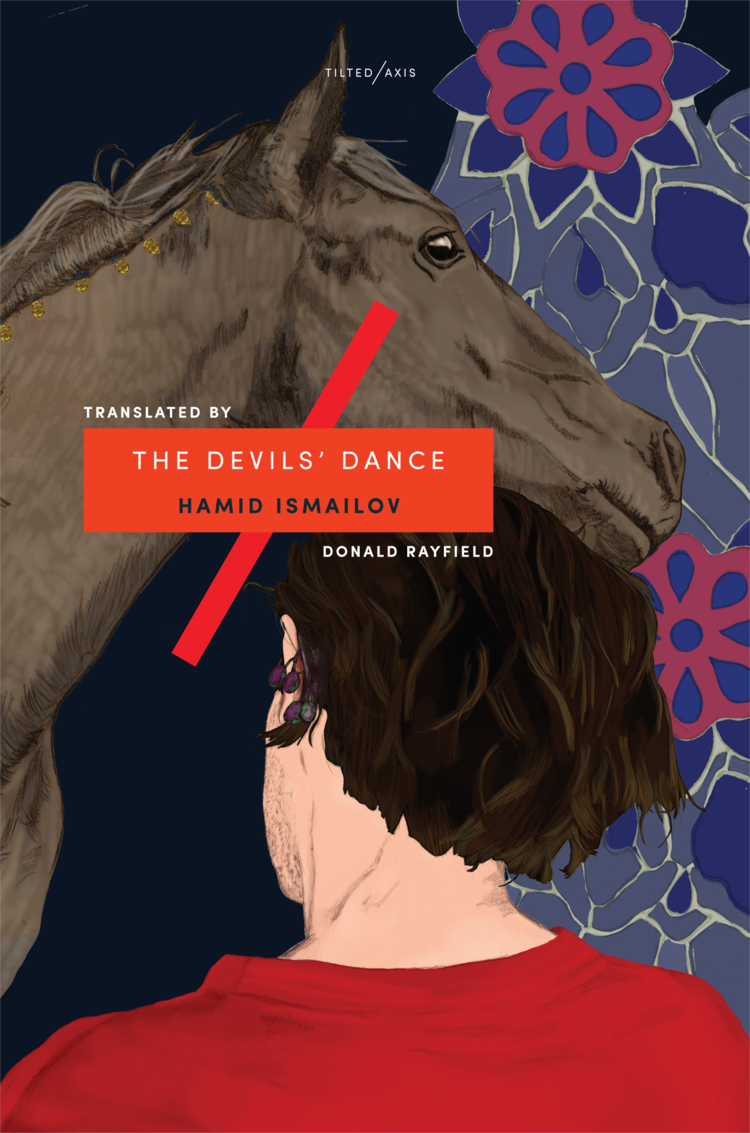 Hamid Ismailov is an Uzbek journalist and writer who was forced to flee Uzbekistan in 1992 due to what the state dubbed ‘unacceptable democratic tendencies’. A writer whose works are banned in his home-country, he is the author of numerous books including acclaimed Russian-language novels, The Dead Lake, The Railway and The Underground. The Devil’s Dance – translated by Donald Rayfield and published by Tilted Axis – is the first of his Uzbek-original novels to appear in English.

The Devils’ Dance weaves the stories of Queen Oyxon in nineteenth-century Turkestan and Abdulla Qodiriy, one of the best writers of twentieth-century Uzbekistan. When imprisoned by the NKVD in Tashkent, Qodiriy attempts to mentally reconstruct his novel about the famed Uzbek queen, a victim to the forces of the Great Game – the battle for supremacy over Central Asia between the British and Russian empires.

The Devils’ Dance brings to life the extraordinary culture of 19th century Turkestan, a world of lavish poetry recitals, brutal polo matches, and a cosmopolitan and culturally diverse Islam rarely described in western literature. Hamid Ismailov’s virtuosic prose recreates this multilingual milieu in a digressive, intricately structured novel, dense with allusion, studded with quotes and sayings, and threaded through with modern and classical poetry.

Join Hamid and Donald as they speak to journalist Rosie Goldsmith about this masterful marriage of contemporary international fiction and the Central Asian literary traditions. With a short introduction by Jemimah Steinfeld, Deputy Editor of Index on Censorship.

Hamid Ismailov is a journalist and writer who was forced to flee Uzbekistan in 1992 due to what the state called ‘unacceptable democratic tendencies’. He came to the United Kingdom, where he took a job with the BBC World Service. Several of his Russian-original novels have been published to great acclaim (The Dead Lake was named Independent Book of the Year and Guardian Readers Book of the Year in 2014). He is a former BBC Writer in Residence and BBC Uzbek correspondent.

Rosie Goldsmith is an award-winning journalist specialising in arts and current affairs, in the UK and abroad.  In 20 years on the BBC staff she travelled the world, covering events such as the fall of the Berlin Wall and the end of apartheid in South Africa, presenting flagship BBC programmes Front Row and Crossing Continents.  Rosie speaks several languages and has lived in Germany, Africa and the USA. Today she combines broadcasting and arts journalism with presenting and curating cultural events and festivals in Britain and overseas. Rosie has interviewed many of the great names in culture and current affairs. She is founder of the European Literature Network and helped launch European Literature Night at the British Library in 2009 (now an annual event); for the European Commission she created The Language of Italian Fashion & Food; she originated the Dutch-UK festival High Impact, and, for Southbank Centre, Syria Speaks and Greece Is the Word.

Jemimah Steinfeld has lived and worked in both Shanghai and Beijing where she has written on a wide range of topics, with a particular focus on youth culture, gender and censorship. She is the author of the book Little Emperors and Material Girls: Sex and Youth in Modern China, which was described by the FT as “meticulously researched and highly readable”. Jemimah has freelanced for a variety of publications, including The Guardian, The Telegraph, The Independent, Vice, CNN, Time Out and the Huffington Post. She has a degree in history from Bristol University and went on to study an MA in Chinese Studies at SOAS.