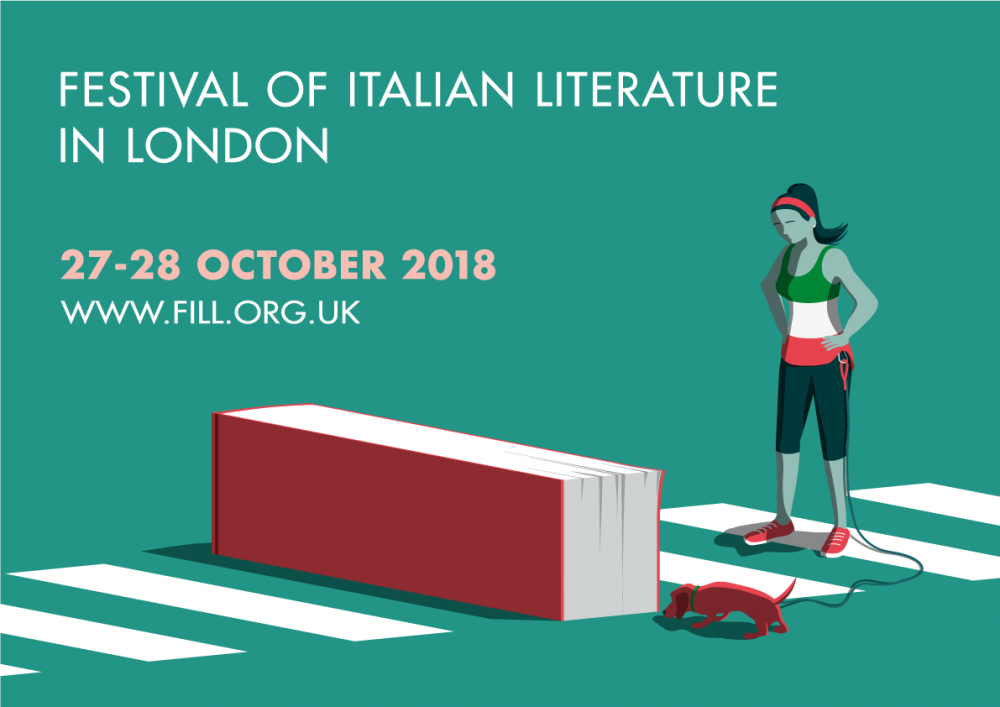 The Festival of Italian Literature in London 2018

The Festival of Italian Literature in London, October 27-28

Last year, a small literary festival conceived in London by a group of Italians sold out a week before the event. FILL gathered 1,500 people, and brought prominent Italian, British, and international authors together in a treasured Victorian theatre. The Festival of Italian Literature in London is now back on October 27-28 with a strong, timely programme.

FILL – What about it? The festival is the brainchild of an independent group of London-based Italian authors, journalists, translators, academics, and publishing professionals. It is Italian in its mind and international by heart, with a curated line-up of voices from different backgrounds discussing literature and politics, migrations, translation, contemporary culture. This is a festival of literature and ideas that tries to reflect some of the current political moods in London, in Italy and Europe.

Communities at stake. As the Italian community in London faces a double challenge – the uncertainties of Brexit and the illness of Italian democracy – it is no surprise that migration and issues of belonging are at the core of the festival. FILL is a young festival based on a strong community of volunteers and an enthusiastic network of partners, consultants and supporters; but most importantly, the festival can count on a spectacular multilingual audience. FILL speaks to the entire community of Londoners, and the organisers are aiming at keeping the vibe of the first edition, and drawing in a larger audience.

The programme – FILL 2018. Prized authors (two Strega Prizes, a Prix Goncourt, a Man Booker finalist, a T.S. Eliot Prize, a Man Booker short-listed writer, a short-listed Turner Prize contender…) next to fringe voices. The festival opens with a panel on the representation of black voices in Italian and British publishing featuring Italian author Igiaba Scego and Sharmaine Lovegrove, the editor who started an imprint at Little, Brown focusing on diversity. A master of Italian literature like Walter Siti will discuss how the format of the novel can seize the present with Olivia Laing (The Lonely City) and Ali Smith, who wrote the very first “post-Brexit novel”. Historian Donald Sassoon will discuss Italian and European nationalisms with Lorenzo Marsili; Hungarian-born poet George Szirtes joins a poetry performance of foreign authors living in the UK; Veronica Raimo and Sophie Mackintosh will talk feminist dystopias; plus Paolo Berizzi from La Repubblica and Joe Mulhall on new fascist waves; Mathias Énard and Nicola Lagioia in an extraordinary conversation on the European novel and neglected geographies now at the forefront. Forensic Architecture – the multidisciplinary agency enquiring into migrants’ deaths in the Mediterranean and the Grenfell Tower among other critical cases – will join FILL for a special event. The politics of translation, London as a second language and HBO-Rai TV series on Elena Ferrante’s My brilliant friend.

Full programme here. All events are in English, or with English translation provided. Programme and tickets are available on the festival’s website.

FILL takes place at the Coronet Theatre in Notting Hill. Print Room at the Coronet has teamed up with the organisers and with the Italian Cultural Institute in London (co-organiser of the festival) to host the festival sessions in their beautiful spaces (Auditorium, Studio, and Bar).