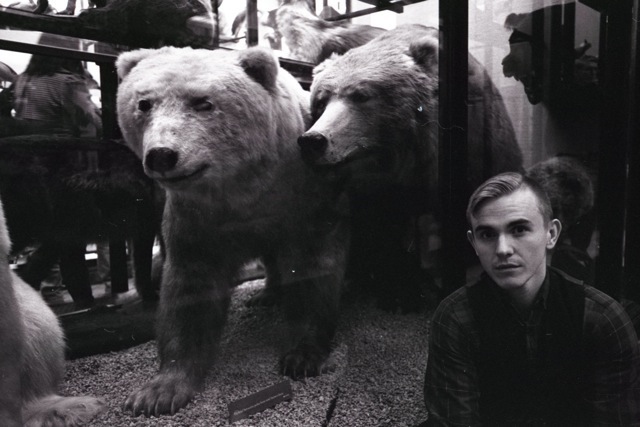 SJ Fowler is a poet, artist, curator & vanguardist. He works in the modernist and avant garde traditions, across poetry, fiction, sonic art, visual art, installation and performance. He has published seven collections of poetry and been commissioned by Tate Britain, the British Council, Tate Modern, Highlight Arts, Mercy, Penned in the Margins and the London Sinfonietta. He has been translated into 13 languages and performed at venues across the world, from Mexico city to Erbil, Iraq. He is the poetry editor of 3am magazine and is the curator of the Enemies project.

Founded the Enemies project in 2012. It is a multifarious, multidisciplinary programme of events, exhibitions & publications that provide the grounding to comprehensively explore the notion of collaboration in a contemporary, active, innovative realm of poetry. www.weareenemies.com

For the Poetry Parnassus, curated four events and hosted five more during the biggest poetry festival in the history of the UK. Maintenant, Avant garde and Balkan themed events, as well as leading workshops. Advised the Parnassus on European poets through the Maintenant series and was commissioned to undertake extensive interviews with over 80 of the participating poets from around the globe including Kay Ryan, Karen Solie, Gioconda Belli, John Kinsella. Was the official blogger in the residence for the festival.

Curated Kakania for the Austrian Cultural Forum, commissioning over 40 artists and poets to create new works based on Habsburg Vienna figures from a century ago. Over 4 events, 2 new publications and multiple ambitious public engagements. www.kakania.co.uk

Organised protest events, Poets for Pussy Riot at the Rich mix arts centre and the Freeword centre London. Wrote for Occupy Writers movement, and the Solidarity Park project for Turkey. Organised the Reel Iraq reading for the Reel Arts festival in London with poets from Iraq.

Co-curated the Enemigos project with readings in London and Mexico city, and transliterations between 14 poets of those two cities, including the publication of an anthology, with an introduction. Co-curated Auld Enemies (Scotland), Yes But Are We Enemies? (Ireland), Fjender (Denmark) and other extensive international tours.

Founded the Covers project, presenting contemporary poets reading poetry that has influenced their own work.