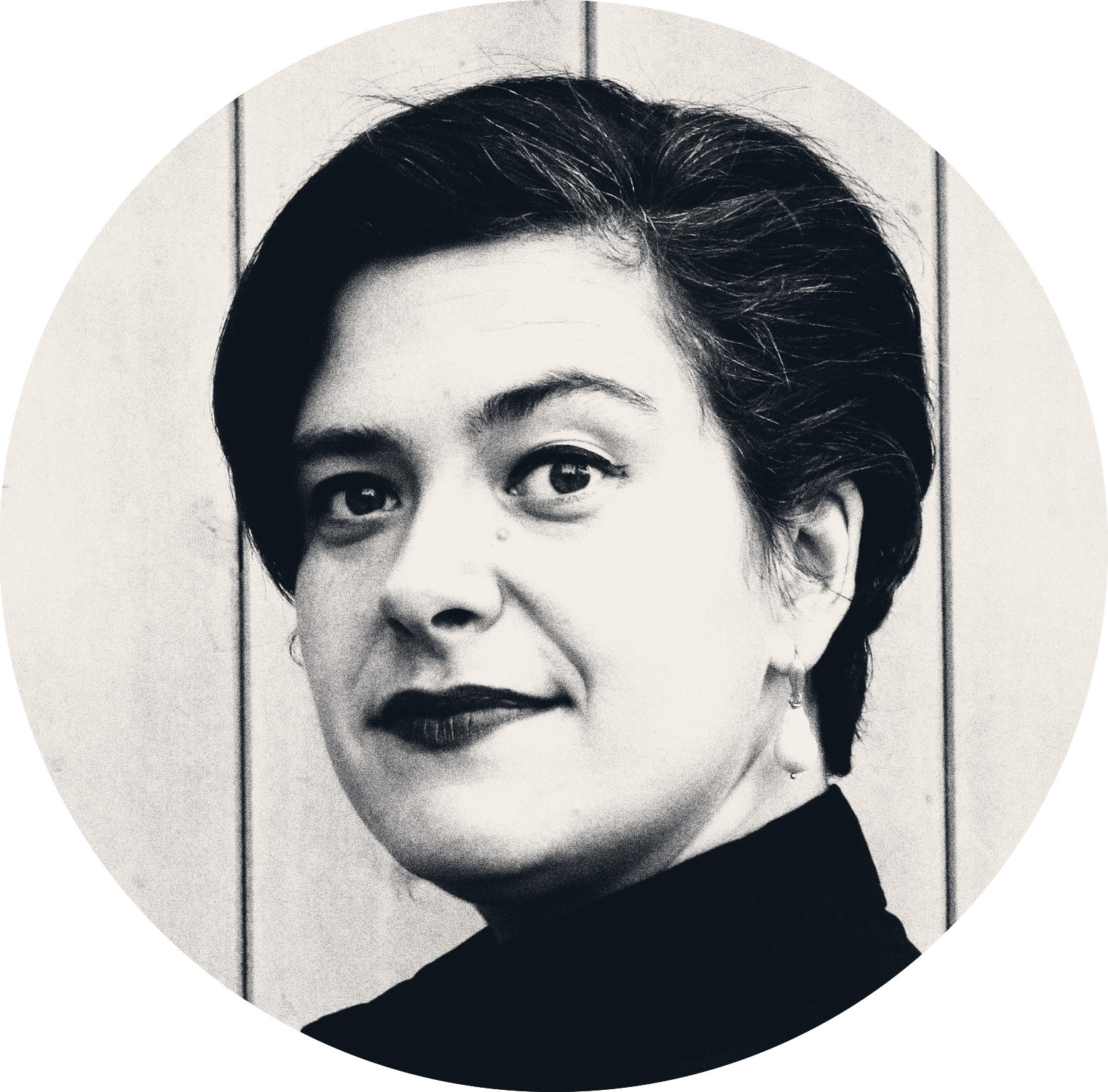 Poems from the TRILOGY OF SURFACES AND INVISIBILITIES by Nora Gomringer, translated by Annie Rutherford

You are bringing cake and wine, and meet the wolf.

He unzips his trousers and says:

He is standing right up against your car window

and you pray that he will not guess

that the wolf cannot lead you away from the path.

Finally the key slips into the ignition,

you turn it and start.

But the wolf snarls that you must stay for Grandmother’s sake.

His jaws are so big, he says, all the better to eat her with,

if he can’t have any cake, any wine.

That’s how this marriage begins, for you stay.

And he never quite eats all your cake, drinks all your wine,

always puts a bit aside in case of worse times ahead.

It is years before there is someone

who teaches you and Grandmother what is needed,

secretly of course, after work, at a shooting range

in the woods outside the town.

But when cake and wine are then demanded

once more and you absolutely don’t want to serve and to pour,

don’t want to lift your skirt and spread your

And if he hadn’t died, he’d live happily ever after.

(Years pass before a well is found,

The error in the gene

The error in the egne

The error in the eneg

The error in the gnee

The error in the neeg

The error in in the gene

The error in in egne in

The error in in eeng inn

The error in in eeng ginn

In the midst of despair – this is the place in the web where a stitch is missing, where

just beneath the mezuzah, 4th ring of the city of Vienna –

I was so young that my word was not of importance.

And she found my corpulence strange, she said so herself, what a wee soul I seemed

to her, delicate, like a membrane between always seeing and always blind – this from one

who was as slight as a leaf, no, as a very sharp blade on which a hair

How did she get in? I do not know to tell.

Perhaps the window was ajar. And the moth

Elfriede Gerstl entered the kitchen like a dream from the heydays of Escada.

What was spoken? Where women once wove. Something about the Lost

Clothes, the book, the one in production. The publisher, she spoke quickly and

Gerstl watched me as she did. We were both silent. Never since her has someone

said to my eyes that all my life I would play the role of the doll.

That was the stitch of this poet.

Years later when she died, they found trailers of Chanel

and the dreams of Elfriede Gerstl sewn from something special.

Nora Gomringer, born to German and Swiss parents, is one of the best known poets of her generation in either country, acclaimed for her alternatively playful and piercing poetry as well as her lively performances. She has been awarded several prizes for her work, is a member of PEN and has taken up residencies all over the world. She is Director of the international artists’ house, Villa Concordia.

Annie Rutherford makes things with words and champions poetry and translated literature in all its guises. She currently works as programme co-ordinator for StAnza, Scotland’s international poetry festival, and as a freelance translator. Her translation of Nora Gomringer’s work, Hydra’s Heads, is now available from Burning Eye Books. She is also editor-in-chief of the literary magazine Far Off Places.