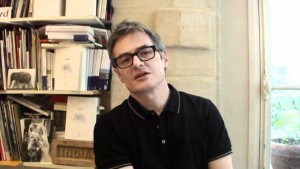 Our attention is torn between different tasks and multiple activities, divided between duplicate screens, diverted by the incessant allures of commercialism and while our focus disintegrates in the to and fro of urban life it is increasingly difficult for us to concentrate on literary subjects, even if they have a narrative quality. If one casts sly looks at the readers in the underground, one might think that the only impact is the addiction of suspense and immersion in chill realities promised by English-speaking and Scandinavian crime stories. That would be to overlook the new styles of reading and portable media that make handbags rather lightweight. On notebooks, tablets, ebook readers and smartphones the latest fashion is for micro-narratives – for flash fiction and twitterature. This material is circulated on websites (such as the German-speaking www.kurzgeschichten-stories.de) and online journals and newsletters; it is the focus of competitions and exchanged among a semi-public community (with a daily mail-shot to subscribers, for example, at 365tomorrows: A New Flash of Science Fiction Every Day) and ranges across all genres from fable to science fiction. These extremely concise forms are optimized for new formats of text communication like 140 characters for tweets, SMS texts, emails and blogs. Some critics, especially in Latin America, even identify here “the characteristic form of literature for the 21st century”. Yet are they on these grounds the new literary forms as such? What are their role models? What is their heritage? What does their success tell us about today’s expectations of a narrative? And about what an incident is for us? About what is worthy of narration? Do these extremely short stories and their ‘fast finish’ styles offer narrative techniques a chance of renewal that corresponds to the current digital revolution? Or are they only the dust into which well-thumbed forms of narrative fiction degenerate, their worst clichés, meaningless trivial literature whose unavoidable destiny is self-destruction like time-limited messages on Snapchat? These are the sorts of questions that I would like to invite us to think about today.

Non sequitur. The garbled story of presence
Lecture of Pierre Alféri (Paris). The keynote lecture of the International Literature Festival Erich Fried 2015 on the theme of “Facts and Fiction. Literary Reportages”, 6 to 11 October 2015, was commissioned as a cooperative initiative of the Internationale Erich Fried Gesellschaft / Literaturhaus Vienna und ELit Literaturehouse Europa/ELit Literaturhaus Europa.

This text was originally published on ELit Literature House Europe‘s website on 7 January 2016.