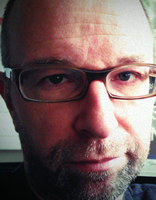 No to Clichés. On the German-speaking Reception of Drago Jančar’s Books by Peter Zimmermann

The success of East European literatures in the German-speaking world has a direct correlation with expectations and – yes, also – clichés that German-speaking publishers conjure up about the East.

This problem has been woefully overlooked in literary critical discourse: namely, with regard to what publishers deem worthy of translation in the first place, and whether the translated literature is representative for production in the different countries, which are uniformly viewed inside Germany and Austria as Eastern European, thanks to a hopelessly cultural-imperialist attitude. In post-1989 Austria this view was even in slightly sharper focus. At this point, the cultural and political motivation was to link up idealistically with the monarchy after 70 years, and to newly inaugurate Central Europe or the Danube region as an intellectually associated area – with Vienna as the centre, of course. The project failed, not least because to the surprise of Austrians, old wounds surfaced again among the neighbours in the Czech Republic, Slovakia, Hungary and Slovenia. They could never tolerate each other even during the Habsburg era. However, that did nothing to alter the fact that for East European literature to gain the backing of German and Austrian publishers it should largely confirm Western ideas about the East. At least, in the majority of cases. Such ideas were backdated in cultural and historical terms – at least as far back as the 19th century when in the context of nationalism it was customary to refer to the Slavic soul. This stereotype was not as vicious as anti-Semitism, and yet precisely because of that it became more callous over the generations: melancholy, deviousness, talent for improvising, hot-blooded, hard drinking, fatalism – all these qualities were ascribed to the Slavic soul. And the Hungarians and Romanians were more or less included in this.

If you are aware of this, you see why some writers suddenly – often with the first translated book – became well known, while for others it takes decades and plenty of translated books to get noticed by the critics. Not to mention a wide readership. The Slovenian writer, Drago Jančar (b. 1948), belongs to the latter group. Since the late 1980s his novels, narratives and essays have appeared in German translation, first with a small publishing house owned by Lojze Wiese, a Slovenian from Carinthia based in Klagenfurt. Then, for about 15 years Jančar has been associated with the slightly bigger Folio Verlag in Bozen – although in German-speaking publishing circles Folio still largely goes unnoticed. In the publishing sector – irrespective of the publisher’s dedication – small is equated with: modest sales structures, a weak presence in the book trade, a small advertising budget and problems with coverage in the national media. All attempts to attract the big German publishers to Drago Jančar have failed. It’s of no consequence that he has been repeatedly described as the most important Slovenian contemporary writer. Others, 20, 30 years younger writers from former Yugoslavia have long since overtaken him: the Croat, Miljenko Jergović, Aleš Šteger from Slovenia – and of course, those who left their country during the war in the 1990s, in particular, Dubravka U.

This blog was originally published on ELit Literature House Europe website on 6 June 2016.