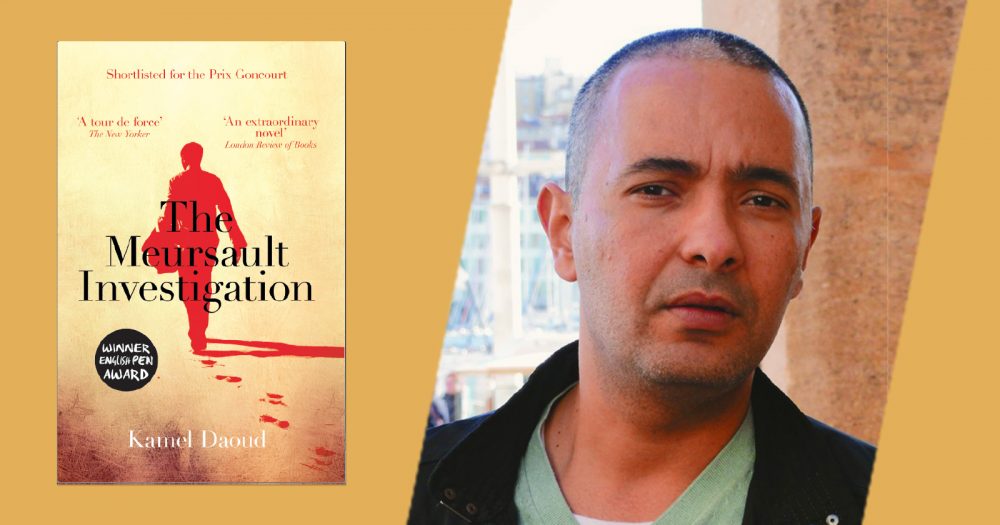 Join Kamel Daoud, journalist and author of The Meursault Investigation (Oneworld, 2015) for which he was awarded the prestigious Prix Goncourt du Premier roman, and Anne-Sylvaine Chassany, Financial Times’ World News editor, for a discussion about current global challenges and the relation between the ‘Eastern’ and ‘Western’ worlds. Kamel Daoud’s writing experience as a journalist and an author in Algeria and in France will counterpoise Anne-Sylvaine Chassany’s sharp journalistic perspective on current affairs for a thought-provoking talk.

Kamel Daoud is an Algerian journalist based in Oran, where he writes for the Quotidien d’Oran – the third largest French-language Algerian newspaper. He contributes a weekly column to Le Point, and his articles have appeared in Libération, Le Monde, Courrier International, and are regularly reprinted around the world. His novel The Meursault Investigation (Oneworld, 2015) won the Prix Goncourt du premier roman in 2015.

Anne-Sylvaine Chassany is the Financial Times‘ world news editor, overseeing coverage of politics and the economy from foreign bureaus. Prior to this role, she was the FT’s Paris bureau chief and the FT‘s global private equity correspondent. A graduate of French business school HEC, she is the co-author of Enron, la faillite qui ébranla l’Amérique, published in 2003.