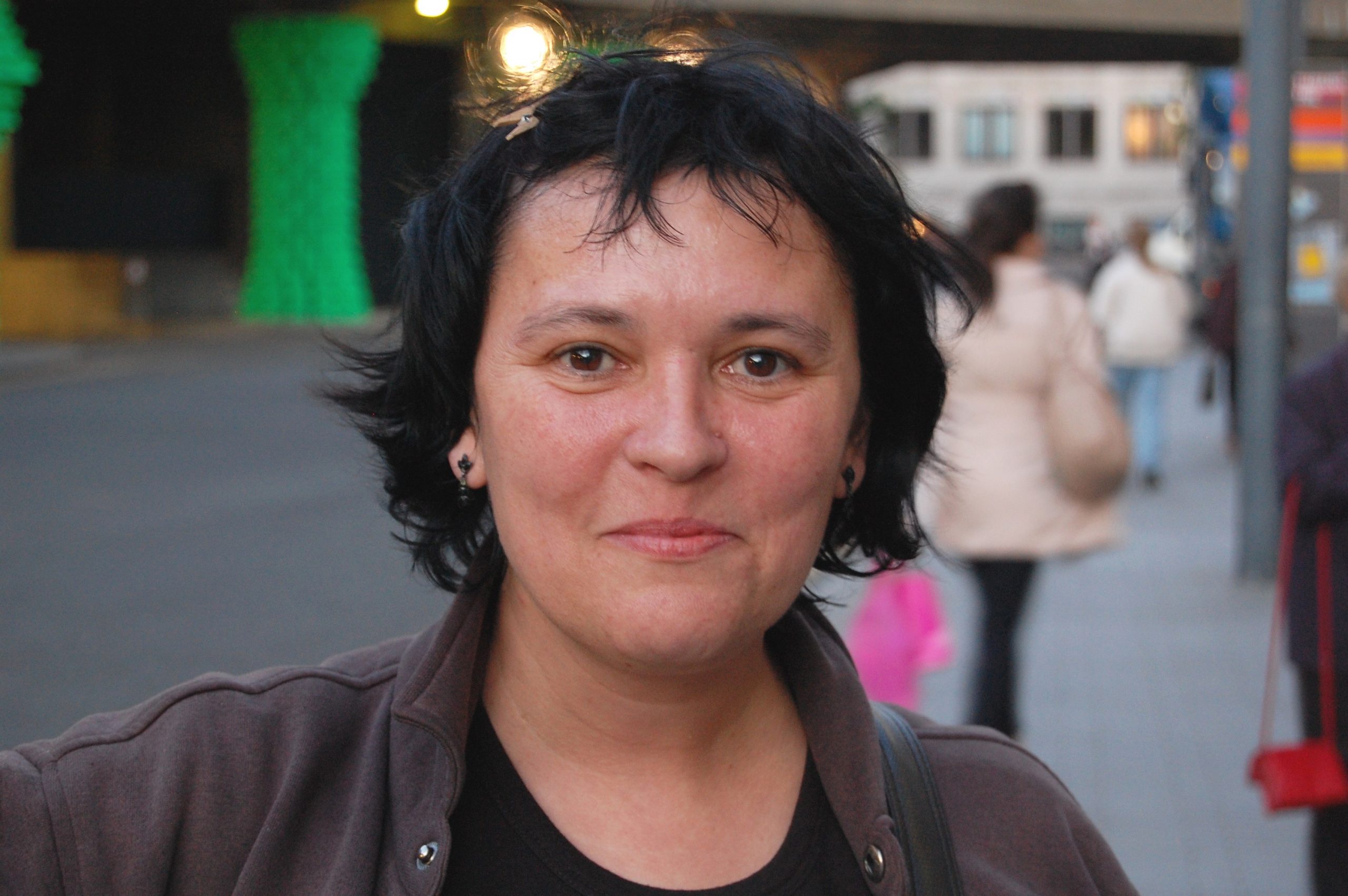 Valérie Rouzeau was born in 1967 in Burgundy, France and now lives in a small town near Paris, Saint-Ouen, well-known for its flea-market. She has published a dozen collections of poems, including Pas revoir (l’Idée Bleue, 1999), Va où (Le Temps qu’il Fait, 2002) and more recently Apothicaria (Wigwam, 2007) and Mange-Matin (l’Idée Bleue, 2008). She has also published volumes translated from Sylvia Plath, William Carlos Williams, Ted Hughes and the photographer Duane Michals. She is the editor of a little review of poetry for children (from 5 to 117 years old) called dans la lune and lives mainly by her pen through public readings, poetry workshops in schools, radio broadcasts and translation.

Valerie was selected to represent France in the 2012 Cultural Olympiad Poetry Parnassus in London.