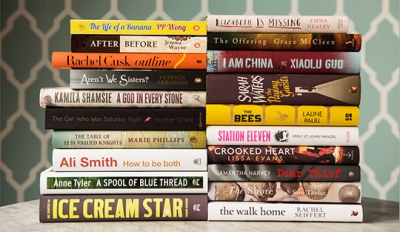 Few Women in the History: Tackling imbalances in international literature

Commentators such as VIDA: Women in Literary Arts, Biblibio (Meytal Radzinski), Three Percent (Chad W. Post) and Women in Translation present statistics that clearly show a bias in publishing towards books written by men, whether in English or not. Books from the outside of what is traditionally considered “the centre” of the literary world in the West and books by women are still rarely in the spotlight of publishers, critics and award panels – and this is even more true for books which combine these two characteristics.

The title of this event refers to a comment made by Franck Bondoux, the CEO of the Angoulême Festival, after this year’s edition of the prize for comic book creators, which is awarded during the festival, didn’t include any women among its 30 nominees: “Unfortunately there are few women in the history of comics. If you go to the Louvre, you will also find very few female artists.”

To celebrate International Women’s Day 2016, join a panel of translators and publishers – including Deborah Smith, Ursula Phillips, Bibi Bakare-Yusuf and Marta Dziurosz – for a discussion about how we might redress this imbalance, question the canon and make a difference.

Bibi Bakare-Yusuf is co-founder and publishing director of Cassava Republic Press, one of Africa’s leading publishing houses; their series on the Millennium Development Goals challenges perceptions of gender roles and introduces transformative ideas. She recently co-founded Tapestry Consulting, a boutique research and training company focused on gender, sexuality and transformational issues in Nigeria.

Marta Dziurosz is a London-based Polish <> English translator and interpreter, and the current Translator in Residence at Free Word Centre. She has translated a wide range of work, from travel literature to historical novels, academic essays, film scripts, lectures and Holocaust testimonies. She is particularly interested in women’s writing, Jewish culture and authors writing in their non-native language. Marta is on Twitter @MartaDziurosz.

Ursula Phillips is a writer on Polish literature and a translator of literary and scholarly works. She aims to introduce works by Polish female authors of the 19th and 20th centuries to a non-Polish readership; these include Maria Wirtemberska’s Malvina, or The Heart’s Intuition (1816), Narcyza Żmichowska’s The Heathen (1846) and Zofia Nałkowska’s Choucas (1927), which received the Found in Translation Award 2015. Her translation of Nałkowska’s Boundary (1935) will appear in 2016.