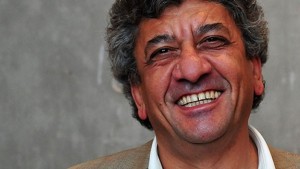 Exile as the inexhaustible creative source by Najem Wali

At all times creative individuals have experienced the hard way that wherever power dominates there is also the force of exile. This dates back as far as Adam and Eve. All ‘prophets and envoys’ were exiles; most of the great works of art and literature were created in exile, although they don’t necessarily express the life experience of their creators in ‘geographical’ exile: Tarafah ibn al-Abd, al-Mutannabi, Urwah ibn al-Ward, Dante, the Spaniard Cervantes, the Briton Lord Byron, the Pole Joseph Conrad, the German Heinrich Heine, the German Jakob Michael Reinhold Lenz, the German Georg Büchner, the Irishman Oscar Wilde, the American Ezra Pound, the Irishman Samuel Beckett, the Irishman James Joyce, the Germans Hermann Hesse, Rainer Maria Rilke, Erich Maria Remarque, Bertolt Brecht, Thomas Mann, Helene Weigel, Peter Weiss, Stefan Zweig, Lion Feuchtwanger, Alfred Döblin, Leonhard Frank, the Lebanese Gibran Khalil Gibran, the Spaniards Rafael Alberti, Antonio Machado, Luis Cernuda (and most poets of the ‘Generation of 1927’), the Chilean Pablo Neruda, the Turk Nazim Hikmet, the Senegalese Leopold Senghor, the Romanian Eugene Ionesco, the Guatamalan Miguel Asturias, the Columbian Gabriel Garcia Marquez, the Argentinian Julio Cortazar, the Peruvian Mario Vargas Llosa, the Iranian Sadeq Hedayet, the Pakistani Muhammed Iqbal, the Russian Joseph Brodsky, the Czech Milan Kundera… And by no means does this only apply for literature – it’s also relevant for other art forms. For example, there is also a long list of exile musicians: the Pole Chopin, the Argentinian Carlos Gardel, the German Kurt Weill, the Greek woman Irene Papas and Greek Mikis Theodorakis, the Turk Sufla Nili, the Greek Delaris and fellow compatriot Maria Farantouri… and the artists: the Italian Da Vinci, the Russian Kandinsky, the Russian Chagall, the Spaniard Picasso, the Dutchman Van Gogh, the Czech Andy Warhol… Yes, even Hollywood’s entire fame is based on exile artists: the Briton Charlie Chaplin, the German Marlene Dietrich, the German Michael Curtiz, the German Fritz Lang etc. Similarly, those creative people, who left historic Greater Syria in the early days of the last century because of illegitimate Ottoman rule, founded Arabian theatre, singing and printing in Cairo: Khalil Mutran, al-Rihani, Girgi Zeidan etc. Do I still have to list the names of the American writers of the ‘Lost Generation’ who in the 1930s decided of their own accord to go into exile in Paris? Scott Fitzgerald, Djuna Barnes, Henry Miller, Ernest Hemingway or Truman Capote…

The list is almost inexhaustibly long. Each new name demonstrates yet again: exile is an inexhaustible source for creativity.

Translated from the German by Suzanne Kirkbright

This blog was originally published on ELit Literature House Europe‘s website on 21 December 2015.